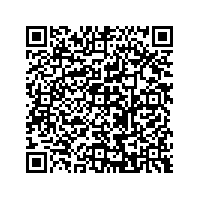 Subscribe to news
(PresseBox) ( Malmö / Bonn, 17-06-13 )
On the occasion of WWEA's annual World Wind Energy Conference, WWEA has the tradition to honor personalities and organizations giving extraordinary contributions to the international dissemination of wind power and renewable energy.

In these uncertain times, mass media is also playing a crucial role in the case of renewable energy. Hence the WWEA Board has concluded that it is time to honor a personality who helped to spread the vision of renewable energy based on facts to millions of citizens via mass media.

Dr. Alt is a journalist who has been promoting the vision of a renewable energy world for more than two decades. As head and presenter of important political tv magazines, he became one of the most famous German journalists. As a consequence of understanding many of the world’s most pressing problems, Franz Alt has become one of the most important public advocates for renewable energy, in Germany and far beyond. Also based on his close friendship and collaboration with Hermann Scheer, he helped to inspire many people and make them understand that a renewable energy future is possible if we take real action.

For Franz Alt, renewable energy is not only technology but he understands the switch to renewable energy as a cultural, social and political revolution. He presents his vision of a better world to a large audience, by speaking at public events in Germany and around the world and by publishing books and articles also in mass media where he has reached millions of readers. Together with his wife Bigi Alt, he is running very successfully a website www.sonnenseite.com which covers all aspects of renewable energy utilization, in German as well as in English language.

Franz' work goes far beyond renewable energy and he has been publishing books about other highly relevant topics, like on ethical issues and world peace, e.g. very recently with Mikhail Gorbachev or the Dalai Lama.