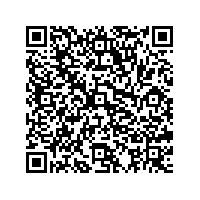 Subscribe to news
(PresseBox) ( Bonn/Islamabad, 19-04-02 )
The new government in Pakistan plans to increase the share of renewable energy in total power generation to 30% by 2030, referring to power from wind, solar, small hydro and biomass. In addition, there is a target of 30% large scale hydropower (more than 50 MW). Currently, the share of renewable energy stands at meagre 4% which is quite negligible despite the fact that the country holds huge renewable energy potential particularly wind and solar. Large hydro provides currently around on fourth of the country's electricity supply.

During the last week of February, The Cabinet Committee on Energy (CCoE), chaired by the Finance Minister, approved proposals from the Ministry of Energy (Power Division) for all future renewable energy projects to be treated under the Renewable Energy Policy 2019. The new policy, whose guiding principles have already been approved by CCoE, is being reviewed by different stakeholders and will be formally taken by CCoE later.

CCoE decided to permit renewable energy projects that have letter of support issued by Alternative Energy Development Board to proceed towards achieving their required milestones in accordance to Renewable Energy Policy 2006. The decision marks a positive effort by the government which seems to favour renewable energy deployment in the future. In addition, the Power Minister last week announced to take the share of renewable energy at 30% in the total power mix of Pakistan by 2030. Similarly, the government plans to take the share of hydro power to 30% by the same period that would translate into 60% overall share of renewable energy in the total power mix of the country. Targets set by the government are quite remarkable and in line with international climate change commitments. Such a practice sets example for other developing countries to follow.

Air Marshall Shahid Hamid (Retd.), Honorary Vice President of WWEA and Chair of WWEA Pakistan: "It is quite encouraging to observe that the government plans to set higher targets for renewable energy deployment for which he have been advocating for over a decade now. The main mission of WWEA Pakistan Office is to create a bridge between the efforts of the government, the private sector and development partners to advance renewable energy development in the country and beyond. WWEA will play its part in establishing concrete roadmap for smooth transition towards achieving the target of 30% renewable energy in Pakistan by 2030."

Announcement comes against the backdrop of WWEA's successful 17th World Wind Energy Conference that was organised in November 2018 in Karachi where more than 600 participants from 30 countries participated. The conference objectives included, inter alia, reviving blocked renewable energy projects in Pakistan and asking the government to set a fresh trajectory for renewable energy development in the country to meet its growing energy demands without aggravating climate change risks.

The government's plan to generate around 18'000 MW of renewable energy by 2030 could hit a roadblock in the shape of pipeline of coal fired projects of more than 5 GW capacities. Government needs to take corrective measure by harnessing cleaner and cheaper sources of power generation.

It is worth noting here that the previous renewable energy policy that was announced back in 2006 provided multiple incentives to the private sector to develop renewable energy projects. However, the policy stopped short of achieving desirable results due to absence of action plan complementing the policy framework. The new policy should follow a strategic plan of action by creating a favourable environment for coordination mechanism between various departments dealing the renewable energy sector.