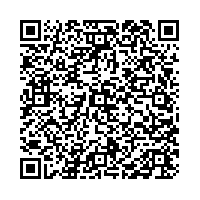 (PresseBox) ( Bonn / Dusseldorf / Berlin, 19-09-03 )
Within the scope of a 2.5-year study, the World Wind Energy Association (WWEA) and the Renewable Energy Association of North Rhine-Westphalia (LEE NRW) investigated the effects of switching from fixed feed-in tariffs to auctions on the community wind sector, that is wind energy, which is owned and controlled locally by local groups. In addition to an analysis of the legal framework conditions, affected community wind actors were interviewed several times in the years 2017 to 2019.

The interviewed experts rated the auctions from the beginning very negative, especially with regard to the additional risk and the increasing complexity. Many people wish for a return to the previous system of feed-in tariffs, which is non-discriminatory and open to everyone. At the same time, significant obstacles related to licensing law, particularly from the areas of air traffic control, military airspace use and nature conservation, are preventing the further expansion of wind energy throughout Germany.

Stefan Gsänger, WWEA Secretary General: "The German Government has missed all three goals, which it has linked with the introduction of auctions: Neither has it reached its installation targets nor have the auctions achieved cost-effective results, and also the diversity of actors has suffered greatly since the beginning of 2017, which calls into question the acceptance of wind energy and the energy transition as a whole. Germany was once a global role model for the introduction of renewable energies, not only technologically but also through the strong involvement of its citizens. This role model has been lost since the introduction of auctions. "

The policy of the NRW state government on wind energy is perceived very negatively, which is mainly related to the planning law deterioration in NRW. The new State Development Plan (LEP), in principle, provides for a distance requirement of 1,500 meters to residential areas, practically a forest ban and obligatory regulation of wind energy via regional planning. Although these changes did not come into effect until July 2019, the continuing discussions in the run-up had already created great uncertainty in the industry.

"In addition to distortions caused by the auctions and considerable barriers under licensing law, the state government's new planning law requirements are creating strong problems for community wind. In the future, hardly any land will be available for community wind projects. For wind energy development, this is highly counterproductive," says LEE NRW Managing Director Jan Dobertin.

Malte Zieher, Board Member of the German Community Energy Alliance: “Community energy strengthens regional value creation and citizens' participation in the ecological and democratic restructuring of the economy. It is therefore fatal that the auctions system has forced community energy out of the market. We need urgently a remuneration system that is open and that invites people to take their concerns into their own hands."

The following recommendations for federal and state governments result from the study:


A clear commitment to the full transition to renewable energy with wind energy as a cornerstone and as a fundamental part of an effective climate change mitigation strategy.
In accordance with the principle of subsidiarity, a clear commitment to the importance of community energy and its many advantages, as well as to the creation of framework conditions conducive to the further development of community energy.
Inclusion of the priority for renewable energies in a national climate protection law or in constitutional law at state and federal level.
Creation of a non-discriminatory remuneration system beyond auctions, in Europe in accordance with the decisions by the European Court of Justice.
Prompt and rapid reduction of bureaucratic barriers and hurdles under planning law such as general minimum distances.
Strengthening local energy concepts and promoting local and regional approaches to sectoral coupling.
Promotion and further development of prosumer models as e.g. decided at European level.
Promoting cooperation of community energy actors, regional, national and cross-border.


The study will be available in English in one week, the German version can already be downloaded at: https://wwindea.org/blog/2019/09/02/german-government-clearly-misses-all-three-self-imposed-goals-associated-with-auctions/

During the Husum Wind trade fair, the WWEA-LEE NRW study will be presented as part of a public event. The results and conclusions will be discussed and analyzed with leading community wind experts: