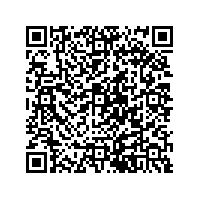 Under the theme "Implications of the Global Economic Crisis for the Middle East: Home-grown Strategies for Success", the meeting will focus on the growing role of the Middle East in addressing critical global challenges. For this part of the world, the global economic predicament is coupled with highly volatile energy markets and large-scale erosion of asset values.

The region's economic landscape is being transformed. How will this transformation unfold throughout the year? The Middle East's aspirations for prosperity will be challenged as it attempts to restore its own growth while navigating a complex geopolitical landscape.

The 2009 World Economic Forum on the Middle East will be a timely gathering of the foremost regional and global leaders to articulate the Middle East's response six weeks after the G20 Summit in London and one-quarter of the way into implementing the 2009 rescue packages of the United States, Europe, India and China.

For further information on the event, visit: http://www.weforum.org/middleeast

For pictures of the 2008 World Economic Forum on the Middle East in Sharm El Sheikh, Egypt, visit: http://www.pbase.com/forumweb/middleeast08

The World Economic Forum is an independent international organization committed to improving the state of the world by engaging leaders in partnerships to shape global, regional and industry agendas.

Incorporated as a foundation in 1971, and based in Geneva, Switzerland, the World Economic Forum is impartial and not-for-profit; it is tied to no political, partisan or national interests. (http://www.weforum.org