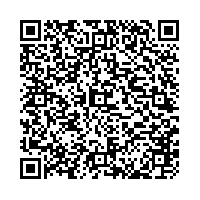 Subscribe to news
(PresseBox) ( New Delhi, India, 08-11-18 )
.
- The G20 is the most important forum for addressing economic issues, said Finance Minister Chidambaram
- India would like to see a global oversight mechanism applied to the G20 action plan on the financial crisis
- While it will be affected by the global slowdown, the Indian economy will continue to grow strongly, thanks in part to the robust performance of the agriculture sector

The Group of 20 developed and developing nations, or G20, which recently held a summit on the global financial crisis in Washington DC, is now the key forum for tackling international economic challenges, the Indian Finance Minister Palaniappan Chidambaram told participants at the World Economic Forum's 24th Indian Economic Summit, which ends today. "The G7 has recognized belatedly that they alone don't have the solutions to all the problems," said the Minister, who attended the Washington meeting with Indian Prime Minister Manmohan Singh. "The G20 has come to stay as the single most important forum to address the financial and economic issues of the world. The G20 is a much better forum than the G7." The Washington Summit was "a good beginning," Chidambaram reckoned. "The emerging economies are happy."

Offering his assessment of the results of the G20 Summit, Chidambaram said that, while he is "very happy" with the action plan agreed by participants, he is concerned that countries did not agree on a global oversight mechanism to ensure that national regulators and authorities are implementing the action plan. "We are not talking about a global regulator," the Minister stressed. He said he also regrets that global efforts to deal with the crisis are coming together at a time when there is a change of government in the US. "It is not clear to us whether the new administration [of President-Elect Barack Obama] is fully on board with what the outgoing administration has put on the table." The incoming administration could still indicate its position before it takes office, Chidambaram said. "I see no reason why President-Elect Obama would be opposed to the idea [of global oversight].

In his remarks, Chidambaram assured participants that, despite global conditions, "India will return a very satisfactory growth rate this year, and we will bounce back next year." He added: "I want the Indian business community to know that the prime minister and his team are on the job 24/7. We are not relaxing our vigil. We are not going by the textbook. We have an open mind." The government is focusing on boosting liquidity, ensuring an appropriate price of capital and making credit more available to industry and consumers. "We are willing to look at [the situation] sectorally," he said.

Chidambaram observed that the agriculture sector, which covers two-thirds of India's workforce, is still growing at a robust pace. "We will have a very substantial bumper crop," he predicted. His central message for Indian business: "There are enough people to spread doom and gloom. Don't join that bandwagon. Keep your chin up."

The World Economic Forum's 24th India Economic Summit is being held in partnership with the Confederation of Indian Industry (CII), with nearly 700 business, government and civil society leaders from over 35 countries participating in the meeting under the theme Securing India's Future Growth.

NDTV is the Host Broadcaster of the India Economic Summit.