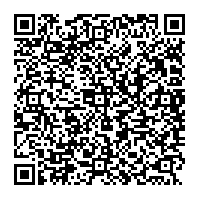 An Ivy-League Village Chief, A Space Archaeologist and A Scientist Engineering Human Organs - Some of This Year's 100 Young Global Leaders

Subscribe to news
(PresseBox) ( Geneva, Switzerland, 17-03-15 )
World Economic Forum announces the 100 women and men who have been asked to join the community of Young Global Leaders (YGLs)
Aged under 40, they include a Yale graduate turned village chief in China, social entrepreneurs and some of the world’s top scientists and tech innovators.
They will be part of a community whose members are finding a cure for spinal paralysis, tackling water scarcity, creating a global emergency response network and promoting waste-free circular economies.
See the Class of 2017 at http://wef.ch/ygl17


One hundred of the world’s most up-and-coming artists, business leaders, social entrepreneurs, tech pioneers, thinkers and policy-makers – all aged under 40 – have been recognized by the World Economic Forum as this year’s cohort of Young Global Leaders.

They include a tech entrepreneur whose mobile app has helped over 100,000 smallholder farmers in Africa, a Yale graduate who shunned a big-city salary to help millions of villagers in rural China, a micro-insurance pioneer who is providing a safety net for the most vulnerable segments of society and transformative scientists who are pioneers in gene therapy, artificial intelligence, experimental psychology and mathematics.

They will join an established community – the Forum of Young Global Leaders – which is made up of leaders from all walks of life, every region of the world and stakeholder group in society who operate as a force for good to overcome barriers that stand in the way of progress.

Current and alumni YGLs head governments and Fortune 500 companies, have won Nobel Prizes and Academy Awards, and have become UN Goodwill Ambassadors and Social Entrepreneurs. The new YGLs will be asked to work with one another over the next five years to resolve some of the world’s toughest challenges. A selection of community impacts can be found here.

54% of the YGL Class of 2017 are women, and the majority of the cohort are from emerging economies. Taken together, they represent the very best of their generation and advancing new models of sustainable social innovation. The full list can be downloaded at http://wef.ch/ygl17.

“We’ve asked these young leaders to join the YGL community because of their ground-breaking work, creative approaches to problems and ability to build bridges across cultures and between business, government and civil society. These leaders highlight the potential for innovation to correct the shortcomings in our economies and societies,” said John Dutton, Head of the Forum of Young Global Leaders at the World Economic Forum.


Jamila Abass: Founded M-Farm, which empowers Kenya’s smallholder farmers with price transparency and market access
Miki Agrawal: Started the clothing brand Thinx, which produces specialty underwear designed to replace feminine hygiene products
Shaharzad Akbar: Director of Open Society Afghanistan and a Co-Founder of Afghanistan 1400, a group dedicated to bringing young Afghans into the political process for a democratic and pluralistic Afghanistan
Aja Brown: The youngest mayor ever elected in Compton, California, and recipient of the National Action Network Martin Luther King Award
Man Chen: One of China’s most prolific and notable photographers and visual artists whose highly stylized work is immediately identifiable and well-known internationally
Molly Crockett: Neuroscientist and experimental psychologist at the University of Oxford, and one of the world’s leading experts in the fields of altruism, morality and value-based decision-making
Mouhamed Moustapha Fall: One of Africa’s top scientists and winner of the prestigious Humboldt Fellowship; he is Chair of the African Institute for Mathematical Sciences in Senegal
Katie Hill: An innovator who leads Apple’s ambitious new Clean Energy Program, converting the company’s manufacturing worldwide to renewable energy
Jess Lee: First US female partner at Sequoia Capital, one of the best-known venture capital firms in Silicon Valley; after building fashion tech site Polyvore (and selling it to Yahoo for more than $200 million in 2015), she now advises other start-up founders
Naisula Lesuuda: The youngest woman in Kenya’s parliament and a leading advocate of women’s rights in the region
Ambarish Mitra: Augmented-reality tech entrepreneur, he ran away from home at the age of 15 to live in New Delhi’s slums; by the age of 17, he had 55 people working for him; 20 years later, he is the Founder and boss of Blippar, a mobile phone app business valued at $1.5 billion
Jesse Moore: Founder of M-Kopa, a pay-as-you-go energy provider for off-grid customers; it has connected hundreds of thousands of homes in East Africa to solar power
Maxim Oreshkin: Recently appointed Minister of Economic Development for the Russian Federation
Sarah Parcak: Director of GlobalXplorer, she is an archaeologist who uses satellites to uncover hidden ancient treasures; she estimates that we’ve excavated less than 0.001% of what’s out there
Yuefei Qin: Yale graduate who shunned a well-paid, big-city job to become a grassroots village official in a remote area of rural China; he and other Yale graduates founded Serve for China, a non-profit that empowers village chiefs and rural entrepreneurs across China; he has helped the villagers, NGOs and local government build water conservatories, roads and an online education platform for the local schools
Reihan Salam: Successful and influential conservative political commentator, Salam rose from a humble family background to Executive Editor of the National Review at the age of 35
Vijay Shekhar Sharma: Serial entrepreneur from humble origins who started college at the age of 15, where he set up a website that sold two years later for $1 million; he then started Paytm, India’s largest mobile commerce platform, valued at over $3 billion
Hooi Ling Tan: Co-Founder of GrabTaxi, a ridesharing app that faced down other tech giants and is shaking up the industry in over 30 cities in South-East Asia; a social business, the company is focused on safe transport, works with the World Bank to solve traffic congestion and has pushed up driver incomes by 30%
Lisa Walker: Chief Executive Officer of Ecosphere+, she is a climate change expert who works on developing the market for carbon assets and sustainably produced commodities generated through forest conservation and sustainable land-use projects
Luhan Yang: Chief Scientist at eGenesis Biosciences, she is one of the world’s top scientists on genome editing, and co-invented the revolutionary genome-editing tool, CRISPR-Cas9 described by Wired as “the gene editing technique that could help eradicate health conditions and bring back the woolly mammoth” and named Science Magazine’s Breakthrough of the Year in 2015

About the Forum of Young Global Leaders
Established by Professor Klaus Schwab, Founder and Executive Chairman of the World Economic Forum, in 2004, the Forum of Young Global Leaders is a unique, multistakeholder community of more than 900 exceptional young leaders. Bold, brave, action-oriented and entrepreneurial, these individuals commit both their time and talent to make the world a better place. Every year, the Forum honours about 200 outstanding young leaders from around the world for their professional accomplishments, commitment to society and potential to contribute to shaping the future of the world.

The World Economic Forum, committed to improving the state of the world, is the International Organization for Public-Private Cooperation.

The Forum engages the foremost political, business and other leaders of society to shape global, regional and industry agendas. (www.weforum.org).

Testing the leak tightness of RFID transponders in the production process

Recommend An Ivy-League Village Chief, A Space Archaeologist and A Scientist Engineering Human Organs - Some of This Year's 100 Young Global Leaders press release