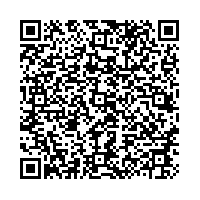 Besides support for CS4, the new Smart Styles release also incorporates Nested Styles enhancements (including GREP) and enhancements for text with a stroke.

"Smart Styles is one of WoodWing's initial InDesign products, and still a very successful one," said Erik Schut, President of WoodWing Software. "It has helped numerous page designers streamline their styling of catalogs, product reviews, election boxes, and other printed products on the whole. We are proud to release this important upgrade specifically for Adobe's CS4 suite."

Users of Smart Styles simply drag a styled object into a Smart Styles library, after which Smart Styles intelligently analyzes its formatting. Page designers can then drag this Smart Style object out of the library and onto another page element to apply the same formatting. What makes Smart Styles unique is that it can also deal with variations, when the target object is different from the original.

This removes the need for designers to manually apply repetitive styling, allowing them to spend more time on the creative side of their work. Since Smart Styles libraries can be opened and shared by multiple users, the designer does not have to spend time importing styles from older documents or worry about synchronizing styles among multiple InDesign templates.

Smart Styles also adds basic spreadsheet functionality to InDesign and InCopy by allowing users to insert formulas into tables and sort columns by multiple attributes such as alphabetical or numeric values with ascending or descending options.

"The addition of table formulas has huge implications for invoices, election tallies, and sports scores," said Schut. "Instead of having to manually enter or update values, Smart Styles can do this automatically, plus sort the table rows based on the results."

A free 30-day trial version of Smart Styles CS4 can be downloaded from www.woodwing.com/download.

WoodWing creates the most progressive solutions available on the market for the production of print and online publications. Rapid growth worldwide and success across the full spectrum of small to large publishers demonstrate that WoodWing makes the best tools for the best price.

WoodWing Software is located in Zaandam, The Netherlands, and has regional sales companies for Europe, the USA, Asia-Pacific, and Latin America. Customers are served through select partners.