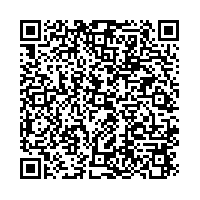 Using powerful modules provided by the renowned language experts from *TAL?, Smart Speller and Smart Hyphen deliver the most reliable hyphenation and spelling support in the industry for an impressive number of languages. With the release of Smart Speller CS4 and Smart Hyphen CS4, the plug-ins have been enhanced even more.

"Smart Hyphen and Smart Speller have always been tools for those who seek the highest quality," said Erik Schut, President of WoodWing. "Smart Hyphen can understand a language almost intuitively, inserting hyphens in the most logical place and optimizing the text flow. Smart Speller is very flexible, learning new words on the fly and easily recognizing every variation of a particular word. The new CS4 versions of Smart Hyphen and Smart Speller will improve the quality of any publication, helping them produce copy that's error-free and easier to read."

Among the enhancements to Smart Speller CS4:

The enhancements for Smart Hyphen CS4 include:

A fully functional 30-day trial version of the software can be downloaded from WoodWing's Web site at http://www.woodwing.com/en/Download_Software

Based on many years of experience in the publishing industry, WoodWing knows where the challenges lie. WoodWing has been addressing those challenges effectively, using standard and proven technologies, open source components, and open architecture to create the most progressive solutions available on the market for the production of print and online publications. Rapid growth worldwide and success across the full spectrum of small to giant publishers demonstrate that WoodWing makes the best tools for the best price. WoodWing Software is located in Zaandam, The Netherlands, and has regional sales companies for Europe, the U.S., Asia-Pacific and Latin America. Customers are served through select partners. For more information, visit woodwing.com.