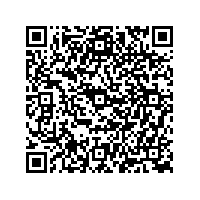 (PresseBox) ( Kottingbrunn, 10-10-19 )
The EcoPower, presented for the first time at the Fakuma 2009, has now become available as a full-fledged machine series which is continually being expanded upwards. The EcoPower stands out primarily by its high energyefficiency and compact design, but also ultimate precision and cleanness. At K 2010, the EcoPower is on display with clamping forces ranging from 55 to 240 t, with the EcoPower 240 being the largest and most recent model.

The EcoPower 240 offers the benefit of an extremely large distance of 670 mm x 620 mm between tiebars. This enables the use of bulky molds with a high number of cavities as standard, as are frequently required in the production of electronic components or parts for the medical industry.

Common features of all EcoPower machine models are a compact injection unit and a clean clamping unit with a highly efficient direct drive.

The braking energy of the drives, normally returned to the power supply network by an elaborate process, is completely utilized by the EcoPower within the machine to provide the necessary voltage for the control system and for barrel heating. This makes these machines extremely energy-efficient. This has been confirmed by independent comparative measurements carried out by our customers, according to which the EcoPower is the market leader in terms of low energy consumption.

The EcoPower is compact thanks to its user-friendly design. The machine has a small footprint and is open at the top. This allows the addition of robots without having to make any alterations to the machine.

Direct drives and roller guides ensure that the all-electric EcoPower is absolutely clean.

Generously dimensioned mold platens cater to the current trend towards higher numbers of cavities and thus higher productivity. The B6 control system enables optimal process control, so that a reduction in cycle times is normally also possible.

The result of the EcoPower's state-of-the-art technology is outstanding efficiency and consequently profitability with simultaneous excellent quality of the molded parts.

The complete EcoPower series - on display at K 2010

At K 2010, the functionality of the entire EcoPower series will be demonstrated with a great variety of applications, starting with an EcoPower 55/130 and including two EcoPower 110/350 models, one EcoPower 180/350 and, last but not least, the brand-new large EcoPower 240/750.

On the EcoPower 55/130, the PIM (Powder Injection Molding) process will be demonstrated. The PIM process serves to produce parts from metalized or ceramic melt by means of injection molding technology.

On an EcoPower 110/350, a clamp fitting will be manufactured from PP within a cycle time of 27 seconds. Demolding of the thread is effected by means of servo motors, which are activated directly via the machine's control system. On the second EcoPower 110, the variothermic BFMOLD(TM) process will be shown. The product manufactured is a high-gloss panel for a navigation device. Here, the special advantage of BFMOLD is impressively demonstrated - production of high-gloss parts without joint lines with simultaneous optimization of the cycle time.

WITTMANN BATTENFELD will demonstrate the functionality of the EcoPower 180 by producing a medical part for a dialysis machine. To enable production under cleanroom conditions, the machine is equipped with a laminar flow module above the clamping side.

On the largest machine of the EcoPower series, the EcoPower 240 presented at the K for the first time, an application with integrated online thermal imaging will be shown. The finished parts, components made of ABS, will be held in front of a thermal camera by a W821 WITTMANN robot. The robot is equipped with a rotary axis, so that a so-called "thermal fingerprint" (thermal image) can be taken of the component from five angles.