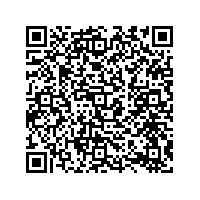 Personnel changes on the Supervisory Board of Wirecard AG

Subscribe to news
(PresseBox) ( Aschheim, Munich, 20-04-30 )
Susana Quintana-Plaza resigns from the Board with effect from April 7, 2020
Hauke Stars is proposed to the Annual General Meeting for election to the Supervisory Board

Ms. Hauke Stars (52) will be proposed for election to the Supervisory Board at the forthcoming Annual General Meeting. The qualified IT specialist has been a member of the Group Executive Board of Deutsche Börse AG, Frankfurt, since 2012. At the Dax Group, she heads the division that includes IPOs, share trading and start-up promotion. She is also the Group's Labor Director. Previously, she held various management positions in the IT industry in Germany and the Netherlands and, since 2007, has been General Manager of Hewlett-Packard's entire business in Switzerland. Ms. Stars is a member of the Supervisory Board of the Dax Group Fresenius SE & Co. KGaA and Kühne + Nagel International AG.

Thomas Eichelmann, Chairman of the Supervisory Board of Wirecard AG: "I thank Susana Quintana-Plaza for her commitment to Wirecard AG. She has accompanied the company during a very labor-intensive and demanding phase full of challenges. On behalf of the entire Supervisory Board, I wish her all the best for her future career plans".

"At the same time, I am extremely pleased that with Hauke Stars we have been able to win a very experienced managerial personality for our company. Her in-depth knowledge of professional processes and procedures in internationally operating and listed blue-chip companies as well as her excellent expertise in IT and technology issues will enrich our board. She will certainly make a valuable contribution to the further successful corporate development of Wirecard AG.”

Wirecard (GER:WDI) is one of the world's fastest growing digital platforms in the area of financial commerce. We provide both business customers and consumers with a constantly expanding ecosystem of real-time value-added services built around innovative digital payments by using an integrated B2B2C approach. This ecosystem concentrates on the areas payment & risk, retail & transaction banking, loyalty & couponing, data analytics & conversion rate enhancement in all sales channels (online, mobile, ePOS). Wirecard operates regulated financial institutions in several key markets and holds issuing and acquiring licenses from all major payment and card networks. Wirecard AG is listed on the Frankfurt Stock Exchange (DAX and TecDAX, ISIN DE0007472060). Visit us on www.wirecard.com, follow us on Twitter @wirecard and on Facebook @wirecardgroup.