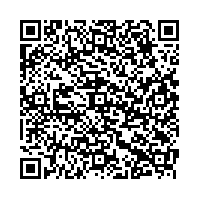 Subscribe to news
(PresseBox) ( München, 17-08-03 )
One should not forget that there is more than crystalline silicon wafer based technology in the photovoltaics world. Even though the market share is much, much smaller than that of its omnipresent c-Si based sister, thin-film PV offers a number of advantages – including better temperature coefficients or the possibility of using flexible substrates. And there is a lot of untapped R&D potential – as the quick efficiency progress in the field of perovskites proves.

This year’s EU PVSEC will also look at the latest innovations and improvements in thin-film PV. Programme topic 3 “Thin film Photovoltaics” features a total of 242 research papers of which 181 are posters and 57 are oral presentations

A perfect session to get an overview on the latest in thin-film PV is the Plenary Session “Pushing the Limits with Breakthroughs in Industry and Research” (Wednesday 10:30 – 12:00), which will stage explain on several record efficiency details.

Solar Frontier, the pioneer and market leader in CIGS thin-film PV technology will provide the Keynote: “Present Status of Solar Frontier Cu(In,Ga)(Se,S)2 Record Efficiencies and Overall Progress”. In February 2017, the Japanese company reached a world record efficiency of 19.2% on a 30 x 30 cm CIS sub-module, breaking its own 5-year old 17.8% record. Solar Frontier attained this high efficiency by improving the CIGS absorber and buffer layer. On top, the company has also made quite some progress in improving the efficiency of smaller PV module sizes. Also in February, Solar Frontier reported a 19.8% record efficiency on a 7 x 5 cm CIGS thin film mini-module, which is 1.1% higher than the previous 18.7% record for CIGS mini-modules Solibro was holding since 2013.

Solibro, on the other hand, will provide information on its “17% Total Area Efficiency at Commercial Size CIGS Module”. The German company - which together with its US sisters Miasolé and Global Solar Energy is owned by Hanergy from China - will present results of its next generation CIGS production technology. Solibro’s average total area efficiency in production reached 16.5%, while a champion module attained a world record of 17% total area efficiency on a monolithic module measuring 0.94 m2. The major breakthrough of Solibro’s manufacturing process is employing a metal grid on top of the TCO to reduce the cell-to-module losses, similar to crystalline silicon cells. The grid application decreases the front contact series resistance and allows to use thinner TCO layers with reduced transmission losses. Solibro will show that a very stable process window in grid width and homogeneity can be obtained on manufacturing prototype equipment. This next generation technology was implemented at Solibro’s commercial manufacturing line in Germany, which fabricates PV modules at an average efficiency of about 15.5% without metal grid.

The other commercial thin-film technology is CdTe, which is at an interesting junction as its major protagonist, First Solar, is currently preparing to transition its product portfolio towards its Generation 6. These modules, that are planned to be commercially available in the second half of 2018 with three times larger form factors than its current product, have production efficiencies over 17% and power ratings of 420 W. “Enhancements to CdTe Cell Efficiency” will be presented by Colorado State University, which will show results of its research in three key areas – replacing the CdS layer with MgZnO, higher CdTe deposition temperature leading to larger crystallite CdTe, and employing a Te layer in the back contact to reduce the need for Cu. The paper will discuss potential issues arising with proposed improvements, especially in the areas of the cell’s front side, absorber layer and back contact as efficiencies approach 19%.

Perovskites is a hot topic in PV R&D for the last few years and the thin-film plenary will include a talk on “Progress with Perovskite/Silicon and All-Perovskite Tandem Solar Cells” from leading solar cell researcher Martin Green from UNSW in Sydney, Australia. Tandem cell architectures using Perovskite/silicon or “all-perovskite” have the potential to reach both high conversion efficiencies with costs comparable to standard crystalline silicon. And indeed, no other cell technology has increased efficiencies as quickly as perovskite-based cells, with the Ulsan National Institute of Science & Technology (UNIST) just announcing a new 22.1% record end of July. But perovskite structures still suffer from stability issues. In his presentation, Prof. Green will review three key aspects – efficiency, stability and economics - of this promising thin-film PV technology.

In addition to the plenary session, the upcoming EU PVSEC will discuss the thin-film PV topic in many other sessions (see below):


Read more about the detailed Conference Programme and the Conference Registration.

Congratulation to the Student Award Winners 2017!

Following the success of the 32nd EU PVSEC and to encourage high-quality work amongst young researchers, on the occasion of the 33rd EU PVSEC the EU PVSEC Student Awards will be delivered in recognition of the most remarkable and outstanding research work in the field of PV.

Congratulation to the Student Award Winners 2017!

The prizes will be awarded during the Closing Session on Friday, 29 September 2017.