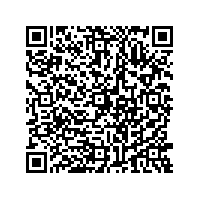 (PresseBox) ( Kassel/Neuquén, 17-05-12 )
Wintershall has launched its second operated shale oil pilot project in Argentina (100% working interest). The company has spud the first of three horizontal pilot wells in the Bandurria Norte block, which is located in the western Argentinean province of Neuquén. The wells in the 107 square kilometre block are targeting the promising shale of the Vaca Muerta formation, which can be found at a depth between 2,700 and 3,000 meters. Wintershall launched a similar project with four horizontal wells in the nearby Aguada Federal block back in 2015. The initial significant results of both projects are expected in 2018.

"In particular, the Argentinian shale formations are very promising. Wintershall has many years of local experience and technical expertise to help shape the country's energy future in a responsible manner," adds Gustavo Albrecht, Managing Director of Wintershall Energía S.A.

The exploration and production from unconventional reservoirs poses major technological challenges. Nevertheless, Wintershall is ideally equipped to meet these challenges thanks to its decades of experience in the environmentally compatible and efficient recovery of hydrocarbons from complex reservoirs and its unique technological expertise garnered from its tight gas production in Germany.

Argentina's production has declined significantly over the past decade, and the country has transformed from a net exporter to a net importer of gas. In order to counteract this, the Argentine government is supporting and promoting the expansion of domestic production and, in particular, the development of unconventional reservoirs.

20 years of experience in Neuquén province

Wintershall has been active for more than 20 years in the province of Neuquén, where it has been producing oil and gas from both conventional and tight gas reservoirs. In addition to Bandurria Norte, Wintershall is also active in the San Roque (since 1994), Aguada Pichana (since 1994) and Aguada Federal blocks (since 2014). These adjacent blocks lie within the promising Vaca Muerta formation and provide additional opportunities for shale oil and gas. This potential is currently being investigated in all four blocks.

In addition to the USA, Argentina is one of the most important growth regions for unconventional oil and gas production. The country has the second-largest shale gas resources in the world. According to data from the US Energy Information Administration (EIA), the country has 23 trillion cubic meters of shale gas – which is equivalent to 11 percent of the global shale gas resources. In terms of shale oil resources, Argentina ranks fourth worldwide, with 27 billion barrels of oil equivalent (boe).

The Vaca Muerta is of particular importance as it is one of the largest shale gas and oil formations worldwide and shows tremendous potential. The EIA estimates that the formation has recoverable resources amounting to 16.2 billion barrels of oil and 8.7 trillion cubic meters of gas.

Wintershall Holding GmbH, based in Kassel, Germany, is a wholly-owned subsidiary of BASF in Ludwigshafen. The company has been active in the extraction of natural resources for 120 years, and in the exploration and production of crude oil and natural gas for over 85 years. Wintershall focuses on selected core regions where the company has built up a high level of regional and technological expertise. These are Europe, Russia, North Africa, South America, and increasingly the Middle East region. The company wants to expand its business further with exploration and production, selected partnerships, innovation and technological competence. Wintershall employs about 2.000 staff worldwide from 50 nations and is now Germany's largest internationally active crude oil and natural gas producer.