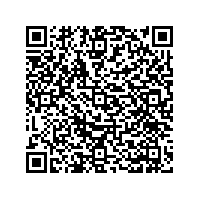 (PresseBox) ( Stavanger / Kassel, 10-07-23 )
Wintershall Holding GmbH announces a discovery at the Maria prospect in production licence 475BS in the Norwegian Sea about 200 kilometers off the coast of Trondheim. The well proved light oil and was drilled on the Halten terrace, near the Tyrihans and Åsgard fields. The size of the discovery is estimated between 60 and 120 million barrels of recoverable resources, placing it among the largest oil discoveries in Norway in this year. With Wintershall Norge's success in its first operated well Grosbeak last July, the Maria discovery is the company's second hit in a row on the Norwegian Continental Shelf in the last twelve months.

Harald Vabø, General Manager of Wintershall Norge ASA comments: "We are extremely satisfied with our exploration performance in Norway, making two excellent discoveries in our two first operated wells Grosbeak and Maria. Our challenge now will be to move these discoveries rapidly from the exploration to the development phase." Martin Bachmann, Member of the Board of Executive Directors, responsible for Exploration and Production, states: "The Maria discovery is another important milestone for Wintershall and it adds a further piece of growth potential to our portfolio on the Norwegian Continental Shelf."

About the Maria discovery

After its spud in May, the Maria well (6406/3-8T2) was drilled in a water depth of 303 meters by the Songa Delta drilling rig. The well reached a vertical depth of 4216 meters below sea level. It proved light oil in the Middle Jurassic Garn Formation. The gross size of the discovery is estimated between 60 and 120 million barrels of recoverable oil and between 2 and 5 billion standard cubic meters (Sm3) of recoverable gas. Extensive data acquisition and sampling has been carried out in the reservoir. The well will be permanently plugged and abandoned.

The Maria discovery in the Garn formation lies in a large northeastsouthwest trending Jurassic horst block. The Garn Formation forms the reservoir of several producing fields and discoveries in Mid Norway, including the Trestakk, Smørbukk Sør, Tyrihans, and Tyrihans North structures, all adjacent to the Maria discovery. As the Maria field is therefore located in an area with an advanced infrastructure, a rapid development of the field is planned.

Production Licence 475 BS is in block 6406/3 and 6407/1 and is located between the Tyrihans Nord and Smørbukk Sør fields and next to the Trestakk discovery. It is situated about 200 kilometers off the coast of Norway. Wintershall was awarded licence 475 BS in the APA 2008.

Current partners of the licence are:

During the ONS in Stavanger - one of the world's leading oil and energy trade fairs - Wintershall will present its future E&P strategy in Norway as well as in its other core regions of the world. Please visit us in Hall E at our stand E 501 and already save the date of our press conference on 26 August 2010 at ONS.

Wintershall Holding GmbH, based in Kassel, Germany, is a whollyowned subsidiary of BASF in Ludwigshafen. The company has been active in the exploration and production of crude oil and natural gas for over 75 years. Wintershall focuses on selected core regions where the company has built up a high level of regional and technological expertise. These are Europe, North Africa, South America, as well as Russia and the Caspian Sea region. In addition, these operations are complemented by the company's growing exploration activities in the Arabian Gulf. Today, the company is Germany's largest crude oil and natural gas producer and with its subsidiaries, WINGAS and WINGAS TRANSPORT, it is also an important gas supplier on the German and European market.

More information is available on the Internet at www.wintershall.com