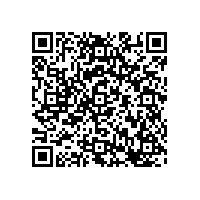 (PresseBox) ( Stavanger, 13-04-09 )
Wintershall, the largest internationally active German crude oil and natural gas producer, announces the successful drilling of the Skarfjell appraisal well in the Northeastern North Sea. The well 35/9-8 was drilled 1.8 kilometers north of the Skarfjell discovery well (35/9-7), and approximately 16 kilometers southwest of the Gjøa platform. The purpose of the well was to prove oil in the upper Jurassic Intra Heather sandstones, as found in the discovery well (35/9-7). "The appraisal well confirms the northern extension of the reservoir sands found in the discovery well and our estimated volume range of 60-160 million barrels. The successful production test has also demonstrated reservoir deliverability. Our second appraisal well will evaluate field extension to the south, after which we will evaluate a possible development," says Bernd Schrimpf, Managing Director of Wintershall Norge AS.

A second appraisal well is being planned in the Southern part of the Skarfjell structure with implementation by mid-2014. The Skarfjell discovery will be further evaluated for a development together with other discoveries in the area as a tie back to the Gjøa field or as a standalone development. The well 35/9-8 is the second well in production license PL 418, which was awarded in the APA 2006.

The well found a 64 meter hydrocarbon column in intra-Heather sandstone with gross thickness and good reservoir quality as expected. The whole reservoir interval was cored and extensive data acquisition and sampling was done. The pressure data shows that the oil column in the appraisal well communicates with the column in the discovery well and the oil-water contact was found in the well.

The well was drilled by the drilling rig Transocean Arctic to a vertical depth of 3232 meters below mean sea level, with a water depth of 368 meters. The well will now be permanently plugged and abandoned.

The North Sea is one of the traditional core regions of Wintershall. With over 40 licenses and more than 20 operatorships, Wintershall is one of the largest license holders in Norway. The company invested around half of its global exploration budget in the Norwegian continental shelf alone in 2012. Wintershall plans to invest up to two billion euros in exploration and field development in Norway and the UK and is aiming for a production level of 50,000 BOE per day by 2015. The fields Knarr, Edvard Grieg and Cladhan will contribute to meeting this target.

Wintershall Holding GmbH, based in Kassel, Germany, is a wholly-owned subsidiary of BASF in Ludwigshafen. The company has been active in the exploration and production of crude oil and natural gas for over 80 years. Wintershall focuses on selected core regions, where the company has built up a high level of regional and technological expertise. These are Europe, North Africa, South America, as well as Russia and the Caspian Sea region. In addition, these operations are complemented by the company's growing exploration activities in the Arabian Gulf. Today, the company employs more than 2,500 staff worldwide from 40 nations and is now Germany's largest crude oil and natural gas producer. With the natural gas trading and transport subsidiaries it operates together with Russia's Gazprom, the BASF subsi