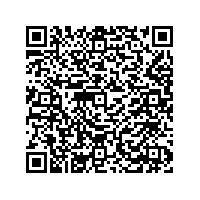 (PresseBox) ( Berlin/Hanover, 15-06-29 )
The government is setting the future course for domestic natural gas and crude oil production: for months now, politicians have been discussing draft laws aimed at kick-starting conventional natural gas production, but which will present the industry with enormous challenges. "For the last four years, we have witnessed an almost complete standstill in domestic natural gas production. Wintershall is prepared to invest. But to do this, we need a reliable and, above all, proportionate regulatory framework," said Andreas Scheck, head of Wintershall Deutschland, at a press conference in Berlin. Wintershall is Germany's largest producer of both domestic and international oil and gas. Earlier this year, the company announced that in the coming years it will be investing more than 20 million euros alone in the infrastructure at the Barnstorf facility (Rural District of Diepholz). In addition, the exploration and production of domestic oil and gas shall be further intensified - particularly in Lower Saxony but also in Rhineland-Palatinate, Bavaria and Baden-Württemberg. For example, Wintershall is currently examining old oil reserves in southern Germany, which it abandoned 20 years ago to possibly re-opening them at a later date.

Just over a third of the conventional natural gas extracted in Germany is recovered by means of hydraulic fracturing, in particular tight gas. The process has been safely used for more than 30 years. The strengthening of Germany's supply security depends not just on the possible production of shale gas reserves in the future but above all on established, conventional production, emphasised Scheck.

The legislative and regulatory package currently being debated by German politicians contains excessive demands that are not just incomprehensible in scientific terms but which will also cause a disproportionately high burden, said Scheck. "That is endangering oil and gas production in Germany. Domestic production needs a reliable perspective in order to contribute to securing supplies. We will otherwise become increasingly dependent in future on imports. And this cannot be our objective," said Scheck.

"In Germany we have world-renowned environmental standards, considerable potential and an experienced industry that is prepared to invest," explained Scheck. Today, however, only 12 percent of Germany's natural gas requirement is met from domestic sources - 15 years ago it was 22 percent. "The project backlog is not only threatening the security of supply but is also now putting jobs at risk, especially in Lower Saxony," warned Scheck.

Around 95 percent of Germany's natural gas is produced in Lower Saxony. According to a survey by the Association of German Crude Oil and Natural Gas Producers (WEG), around one billion euros worth of investments are currently on hold. This means that more than 20,000 jobs are at risk. Scheck pointed out that short-time working and redundancies are already a reality in the sector and, what's more, the industry has paid royalties of more than €8 billion in the past decade. Lower Saxony alone receives around €600 million each year as royalties for oil and gas. The Lower Saxony government's fundamental commitment to domestic production provides an important signal for our industry," emphasised the head of Wintershall's German activities. "The federal state that is most affected by the current debate should therefore be listened to the most," said Scheck.

Crude oil is the most important component in the chemical industry and is used in many everyday objects: in clothes and furniture, in mobile phones and computers, and in medical products and medicines. Natural gas is the perfect partner for renewable energies. This makes it even more important that the resources are used responsibly and in the best possible way. "That's why we also need domestic production in future. Because securing our energy supplies begins on our own doorstep," explained Scheck. In addition, the domestic production provides Wintershall with an innovation centre for new technologies with which the company impresses worldwide.

"We need a reliable legal framework, corresponding timeframes and planning security for the future use of fracking technology in Germany - of course taking into account Germany's highest safety and environmental standards," adds Scheck. This would enable natural gas production to be continued responsibly in Germany and new potential to be finally explored. Germany should not throw away its ability to produce domestic natural gas in future. Theoretically, the utilisation of potential shale gas reserves could maintain current production levels in Germany for at least another 100 years.

Wintershall Holding GmbH, based in Kassel, Germany, is a wholly owned subsidiary of BASF in Ludwigshafen. The company has been active in the extraction of natural resources for 120 years, and in the exploration and production of crude oil and natural gas for over 80 years. Wintershall focuses on selected core regions, where the company has built up a high level of regional and technological expertise. These are Europe, Russia, North Africa, South America, and increasingly the Middle East region. The company wants to expand its business further with exploration and production, selected partnerships, innovation and technological competence. The company employs more than 2500 staff worldwide from 40 nations and is now Germany's largest crude oil and natural gas producer.