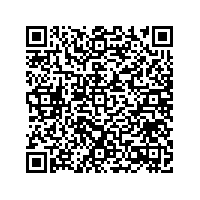 Wintershall continues to invest in domestic oil and gas production

Investments in new wells help to secure supplies in Germany

(PresseBox) ( Hanover/Barnstorf, 18-01-19 )
Wintershall is continuing to invest in the domestic production of crude oil and natural gas: "We're sending a clear signal with our activities in Germany. Oil and gas from local sources have excellent prospects," said Andreas Scheck, Head of Wintershall Deutschland, on Friday at the company's traditional New Year Reception in Barnstorf, Lower Saxony (Rural District of Diepholz).

Wintershall's largest German onshore oil field in Emlichheim is currently laying the foundation for a substantial development of further crude oil reserves over the coming decades, explained Scheck. A modern, high-resolution 3D seismic survey, which will be completed at the end of February, will allow Wintershall to plan new wells along the German-Dutch border. Emlichheim in Lower Saxony, which is one of the largest and most tradition-steeped oil production sites in Germany, has produced oil almost constantly for the last 70 years. "That's a world record!" said Scheck. Wintershall successfully completed a drilling campaign in Emlichheim in 2017.

Wintershall’s Barnstorf site, which is the headquarters for its German activities, is also being equipped for the future. Wintershall is currently investing around 6 million euros in the construction of a new laboratory building, which is set to be opened in the summer of 2018. Every year, around 2000 international rock samples from all production regions covered by the globally operating company are processed here. The laboratory's order volume has increased by about 30 percent since 2012. "The new building underlines the importance of Wintershall's expertise in petrophysics, production analytics and Enhanced Oil Recovery (EOR)," said Scheck.

At the beginning of 2017 Wintershall completed the modernization of the crude oil processing plant on the operating site at Barnstorf with the commissioning of the fourth and – for the time being – last tank.

"The tanks are cutting-edge technology and ensure oil production to the highest environmental standards," said Scheck. At the same time, Wintershall is expanding production with new oil wells. Six wells have been spudded in the past two years in the Bockstedt oil field near Barnstorf, and further drilling is planned for 2018 as well.

"Our domestic production not only helps to secure supplies in Germany but also creates important jobs and income for Germany's federal states and municipalities," emphasized Scheck. Just as important is the know-how that Wintershall can garner in Germany and then utilize worldwide. An excellent example of this is the Staffhorst site in the district of Diepholz, where Wintershall has been producing sour gas since 1965. There are still many large-scale sour gas fields around the world whose development requires Wintershall's expertise, for example in Abu Dhabi.

Following the success of the recent drilling with a production of 7500 cubic meters of natural gas per hour, Wintershall is now planning a further drilling project in Staffhorst. "International experts come to northern Germany to benefit from our practical experience. A production site like Staffhorst once again shows that the expertise we garner here in Germany opens doors to energy partnerships worldwide, for example in the Gulf region. This therefore enables us to impress in global competition," said Scheck.

Wintershall is also investing in domestic oil production in southern Germany. For example, Wintershall completed a state-of-the-art 3D seismic survey at the Landau site (Rhineland-Palatinate) in early 2017. "We achieved very good measurement results," said Scheck. Geologists and reservoir engineers are currently exploring the potential for new drilling. Wintershall has been recovering crude oil in Landau for over 60 years.

"All our projects in the previous and coming year underline the future viability of domestic promotion," explained Scheck. To date, Wintershall has produced more than 40 million tons of domestic crude oil in Germany – as much as Saudi Arabia has supplied to Germany in 20 years. "This is making an important contribution to the energy provision. Furthermore, we're also establishing ourselves as a technology center for Wintershall worldwide, creating jobs in the region and investing in the training of young people through our research projects," emphasized Scheck. Wintershall Deutschland is currently training 47 women and men. Overall, Wintershall has already trained more than 500 young people in Barnstorf.

Wintershall Deutschland, which is based in Barnstorf, Lower Saxony, forms the center of Wintershall's exploration and production activities. It also provides important know-how on modern drilling and production techniques for use worldwide. The company has been producing domestic crude oil since 1930. It has produced natural gas since 1951. Among other things, Wintershall is the operator of the only gas production platform in the German North Sea (A6-A) and also has a 50 percent share in Germany's largest oil field, Mittelplate, which is situated off the North Sea coast. In addition, it also produces domestic energy around Barnstorf in the rural District of Diepholz, in Emlichheim (County of Bentheim), in Landau in der Pfalz and in Aitingen/Schwabmüchen near Augsburg. Wintershall Deutschland employs 400 members of staff.

Wintershall Holding GmbH, based in Kassel, Germany, is a wholly owned subsidiary of BASF in Ludwigshafen. The company has been active in the extraction of natural resources for 120 years, and in the exploration and production of crude oil and natural gas for over 85 years. Wintershall focuses on selected core regions where the company has built up a high level of regional and technological expertise. These are Europe, Russia, North Africa, South America, and increasingly the Middle East region. The company wants to expand its business further with exploration and production, selected partnerships, innovation and technological competence. Wintershall employs about 2,000 staff worldwide from 50 nations and is now Germany's largest, internationally active crude oil and natural gas producer.