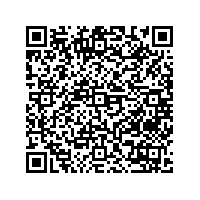 (PresseBox) ( Kassel, 10-11-08 )
Wintershall is continuing to invest in domestic oil production: Ger-many's largest crude oil and natural gas producer is now drilling the first of 16 new wells at its Emlichheim operations on the German-Dutch border. In the next five years the company plans to sink twelve horizontal and four vertical wells in total. The new wells will also be supplemented with 13 ex-tended reach wells at existing production sites. More than 60 million euros have been earmarked for these investments. The wholly owned BASF subsidiary currently produces around 140,000 tons of crude oil a year in Emlichheim. "With the new wells we will be able to maintain this level of production to at least 2016," Joachim Pünnel, Head of Wintershall's activi-ties in Germany explained. "But this doesn't rule out other projects in Em-lichheim either." On the basis of current calculations Emlichheim will con-tinue to contribute to Germany's crude oil supply for at least another 20 years.

As part of its theme week "Our Daily Oil", the ARD morning show will be reporting live from Emlichheim on Wedneday, 10 November 2010. Pre-senter Ingo Lamperty will make several live broadcasts direct from the op-erations there informing the viewers about Wintershall's activities in Em-lichheim and about oil production. The production site in the county of Ben-theim is one of Winterhall's traditional production operations in Germany. The company has been producing crude oil there for 65 years - a challeng-ing task compared to producing in other oil regions of the world because the oil in Emlichheim is extremely viscous and therefore more difficult to extract. Wintershall uses a special method to recover the oil: steam at a temperature of 300 °C is injected into the deposit at high pressure, which warms the oil embedded in the rock, making it less viscous and therefore easier to produce.

Innovative technologies like this are becoming increasingly important in the production of oil and gas. They can help to significantly extend the life of existing older oil fields. Oil and gas fields in Germany are not easy to de-velop because of the difficult geological conditions. "Compared to produc-tion in operations abroad, production in Germany is often only possible with considerable additional expenditure and special techniques," Pünnel explains. However, the expertise that Wintershall acquires in exploration and production in Germany enhances the company's technical compe-tence and is applied to international projects too.

Wintershall, based in Kassel, Germany, is a wholly-owned subsidiary of BASF in Ludwigshafen. The company has been active in the exploration and production of crude oil and natural gas for over 75 years. Wintershall focuses on selected core regions, where the company has built up a high level of regional and technological expertise. These are Europe, North Africa, South America, as well as Russia and the Caspian Sea region. In addition, these operations are complemented by the company's growing exploration activities in the Arabian Gulf. The company em-ploys more than 2,000 staff from 35 nations and is today Germany's largest crude oil and natural gas producer. With its subsidiaries, WINGAS and WINGAS TRANSPORT, which it operates together with Russia's Gazprom, the BASF sub-sidiary is also an important gas supplier on the German and European market.