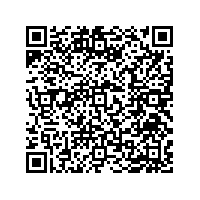 Expectations for Hibonite well around 100 million barrels oil in place

(PresseBox) ( Copenhagen/Kassel, 13-03-25 )
Wintershall, the largest internationally active German crude oil and natural gas producer, announces the successful drilling of the own-operated Hibonite exploration well (5504/1-3). The Hibonite structure is located in the 5/06 license in the Danish sector of the North Sea, approximately 337 kilometers north of Den Helder (NL) and 278 kilometers west of Esbjerg (DK). The Hibonite prospect lies around seven kilometers north of the Ravn Field which was successfully appraised in 2009 with the Ravn-3 well. In both Hibonite and Ravn structures the reservoir is formed by Upper Jurassic Heno sandstones. Preliminary resource estimates indicate potential oil in place of approximately 100 million barrels.

The commercial viability of the Hibonite discovery as well as further upside potential will now be evaluated. A synergy with the nearby Ravn discovery may lead to a cluster development approach.

The well Hibonite-1 was drilled to a total depth of 4431 meters vertically below sea level, with a water depth of 52 meters. Cores were taken and a logging program was carried out. During a production test oil and gas were produced. For a further evaluation of the extent of the oil discovery, two sidetracks were drilled: Hibonite-1A and Hibonite-1B. Both sidetracks confirmed the presence of oil bearing sandstone of Late Jurassic age.

The well is now being plugged and abandoned. The jack-up rig Noble George Sauvageau will subsequently be moved to the neighbouring licence 4/06a for the drilling of the exploration well Spurv-1. Wintershall Noordzee also operates the Spurv-1 well.

Wintershall is the operator of Hibonite and has a share of 35%. Current partners of the license are Bayerngas Petroleum Denmark AS (30%), Nordsøfonden (20%) and EWE Vertrieb GmbH (15%).

Wintershall Holding GmbH, based in Kassel, Germany, is a wholly-owned subsidiary of BASF in Ludwigshafen. The company has been active in the exploration and production of crude oil and natural gas for over 80 years. Wintershall focuses on selected core regions, where the company has built up a high level of regional and technological expertise. These are Europe, North Africa, South America, as well as Russia and the Caspian Sea region. In addition, these operations are complemented by the company's growing exploration activities in the Arabian Gulf. Today, the company employs more than 2,000 staff worldwide from 35 nations and is now Germany's largest crude oil and natural gas producer. With the natural gas trading and transport subsidiaries it operates together with Russia's Gazprom, the BASF subsidiary is also an important gas supplier on the German and European market.