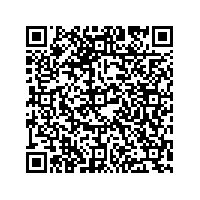 Technology and performance are the E&P growth drivers

(PresseBox) ( Moscow, 14-06-16 )
Oil remains the most important energy supplier and is retaining its global importance: "We're experiencing a global race to secure energy resources. A race in which emerging countries such as China and India have long been setting the pace. The energy hunger of the growing emerging markets more than cancels out all the austerity measures in the rest of the world," said Rainer Seele, Chairman of the Board of Wintershall, on Monday at the 21st World Petroleum Conference (WPC), which after Madrid and Doha is this year being held in Moscow from 15 to 19 June. Oil currently makes up one one-third of the global primary energy consumption. According to forecasts by the International Energy Agency (IEA), the worldwide energy demand is set to increase by more than a third by 2035 - whereby the demand for oil will also grow. According to the IEA, fossil fuels will meet about 75 percent of the energy demand in 2035.

"Europe will be even more dependent on oil imports in future. We Europeans must learn to position ourselves better in the producing regions of the world," said Seele at the Congress: "For us Europeans, long-term raw material security and, above all, future growth requires that we nurture our partnerships with Russia and Norway while demonstrating a clear commitment to the Arab Region." According to Seele, this is because Europe's oil future lies in the Arab world. 70 percent of the world's oil reserves are situated in the MENA region between Morocco in the west and Iran in the east. But Europe currently obtains just 14 percent of its imports from the region.

"Even if the situation in some countries is more instable, Europe must permanently and perceptibly engage in the Arab region in a partnership-like manner," demanded Seele. "Those looking for future oil potential will ultimately find it in the Arab region."

However, the chairman of Germany's largest international oil and gas company also emphasised in Moscow the challenges facing the industry: "It's becoming tighter and technically more complicated at the source. This has doubled the development and production costs since 2005. The developments in shale gas and oil are also contributing to a general paradigm shift in the industry.

Wintershall is particularly relying on the use of sophisticated and new technologies to increase the yield from oil deposits. Some of them are being developed together with the world's largest chemical company, BASF. "In a new pilot project, we're using a fungus to produce more crude oil from an older oil field in Germany. Such innovations can be catalysts for the industry," said Seele.

Wintershall is also presenting its currently most important research project at the 21st World Oil Congress (Pavilion 3, Hall 13): the Schizophyllan biopolymer is designed to increase the oil extraction rates from reservoirs. The biopolymer produced by the fungus thickens water, which is fed off to improve the oil production in the reservoir. This promises an effective and environmentally friendly use of more mature oil fields. It is currently being tested in an oil field in northern Germany.

The Wintershall technology has considerable potential: until now only one third of the available oil is extracted from the worldwide reservoirs. However, if enhanced oil recovery (EOR) were to be used to increase the global production rate by just 10 percent, this would create a potential corresponding to four times the reserves in Saudi Arabia. At the moment, EOR technologies only contribute to about 1.5 percent of the global oil production. The world's largest output is currently provided by steam flooding, in which oil is heated by hot steam. Wintershall has also been successfully applying this process for more than 30 years in northern Germany.

Crude oil: A natural resource for the future

Crude oil is still the most important resource of the industrial nations. Almost 14 billion litres of oil are used by the world every day. Oil can generate heat and get machines running, and provides fuel for vehicles and aircraft. Crude oil is also used, however, as the source material for most chemical products, such as plastics, detergents, paints and also medicine. 18 million tonnes of crude oil are processed in Germany for this purpose. 40 percent of all textiles contain oil and functional clothing even contains up to 100 percent oil. About 40 billion litres of oil are used each year in CDs and DVDs, and 60 litres are utilised in every couch. Without oil our modern life would not be conceivable. Therefore it is essential to develop the technologies for producing this valuable resource, to discover new sources and to be able to produce from existing fields for longer.

Wintershall Holding GmbH, based in Kassel, Germany, is a wholly-owned subsidiary of BASF in Ludwigshafen. The company has been active in the extraction of natural resources for 120 years, and in the exploration and production of crude oil and natural gas for over 80 years. Wintershall focuses on selected core regions where the company has built up a high level of regional and technological expertise. These are Europe, Russia, North Africa, South America, and increasingly the Middle East region. The company wants to expand its business further with exploration and production, selected partnerships, innovation and technological competence. Wintershall employs some 2,500 staff worldwide from 40 nations and is now Germany's largest, internationally active crude oil and natural gas producer.