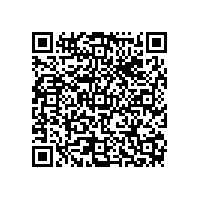 (PresseBox) ( Kassel, 17-03-22 )
Wintershall is on a growth course and attained a historic level of production in 2016 of 165 million barrels of oil equivalent (BOE) despite the difficult conditions in the industry. This means the company has increased its oil and gas production in the last ten years by around 50 percent. During that time, Wintershall has doubled its commercially recoverable oil and gas reserves from 814 million BOE to 1.62 billion BOE. "Solid foundations for further profitable growth in the future too," CEO Mario Mehren said at the company’s annual press conference and announced that the company would continue on its long-term growth course. In 2017, Wintershall expects a significant rise in sales and EBIT before special items.

"This is because we made the right investments early: in oil and gas fields in regions with low production costs and in expanding our strong partnerships," Mehren explained, adding that the focus in 2017 will primarily be on improving the company’s results. "We plan to achieve much higher earnings for BASF with our oil and gas business in 2017," Mehren declared.

In current times where prices are low, the company said it was profiting from its diversified portfolio with low production and reserve replacement costs, especially in Russia and Argentina. The company has raised its production to a record high and at the same time reduced costs and investment expenditures, it said. "We adapted successfully to the new business climate," Mehren said, and continued: "The results, especially our continued positive free cash flow, show that the measures we have taken are working."

The company’s operating costs were further streamlined. For example, the expenditures for exploration, the development of proven oil and gas reservoirs and technology, particularly in countries with high costs, were cut. "Thanks to cost optimization and the asset swap with Gazprom, we were able to reduce investments on the previous year by around 700 million euros," Mehren said. Spending discipline would be a key success factor in 2017 too, he added.

"Despite the low oil and gas prices, once again we proved in a challenging year that we are competitive and robust. In a difficult environment we performed very well," the Wintershall CEO said. Furthermore, the company was able to further increase oil and gas production in 2016 by 12 million BOE to 165 million BOE (2015: 153 million BOE), which equals growth of almost 8 percent.

The average price for one barrel of the benchmark Brent crude oil was 44 US dollars in 2016 (2015: 52 US dollars). The gas prices on the European spot markets also suffered a heavy decrease of about 30 percent compared to the previous year. But both the oil and gas prices recovered significantly at the end of the year compared to the beginning of 2016.

"If you compare the first half of 2016 with the second, you see that the oil and gas prices recovered somewhat and the programs to improve performance and cut costs at our company already began taking effect," Mehren said.

"The business climate will remain challenging. Hence, we have to keep to our strategy of saving and investing in the coming years. These are not conflicting goals," Mehren added. The company intends to continue building on selected projects, especially in low-cost production regions such as Argentina and Russia, but also in Norway. Overall, Wintershall plans to invest some 4.4 billion euros to step up its oil and gas activities by 2021. That is around a quarter (23%) of the entire investment budget of the BASF Group from 2017 to 2021. "We still have to weigh up every decision very carefully and examine how robust the projects are to increased price volatility," Mehren explained.

The much higher production volumes in 2016 came primarily from Norway and the Achimgaz joint venture in Russia. In Libya, Wintershall was only able to produce again in onshore concession 96 from 16 September 2016 owing to the difficult political conditions, and it resumed production at a low level of 35,000 BOE per day.

Wintershall was successful in its search for new crude oil and natural gas reservoirs. Out of 14 (2015: 25) exploration and appraisal wells in total, nine (2015: 17) discovered oil or gas. Proven oil and gas reserves at the end of 2016 amounted to 1,622 million BOE. The reserves-to-production ratio, which is based on Wintershall’s share of production in 2016 and refers to the reserves at year end, is 10 years.

Intelligent solutions for the North Sea

More than 50 percent of the natural gas we need in the European Union is still produced in the North Sea and the countries bordering it. Hence, the North Sea remains an important and reliable source for Europe’s energy supply. Norway is a core region for Wintershall for increasing its production. In recent years, the company has brought up its daily oil and production rates on the Norwegian continental shelf from 3,000 BOE to more than 80,000 BOE currently.

As part of the further development of Wintershall Norge fields in summer 2016, two subsea installations for the Wintershall-operated Maria field (Wintershall 50 percent) were lowered 300 meters onto the sea bed of the Norwegian Sea. From here, they will be connected to the nearby platforms, Kristin, Heidrun, and Åsgard B and make use of this existing infrastructure for its production. "Intelligent solutions are the way to continue generating earnings in cost-intensive regions," Mehren said.

Performance and cooperation in the permafrost

Wintershall’s oil and gas production in Russia also continues to grow: the cooperation with its partner Gazprom, which has been going on for more than 25 years, is proof that industry partnerships can be possible and successful over decades. The western Siberian natural gas field Yuzhno Russkoye, in which Wintershall has 35 percent of the profits, has been producing at plateau since 2009. Wintershall also has a 50 percent share in the development of Block 1 A of the Achimov formation in the Urengoy field in western Siberia. The gradual development of this field continued, and at the end of January 2017 it was producing from 80 wells. The next step for the BASF subsidiary will be to develop Blocks 4 A and 5 A of the Achimov formation together with Gazprom. "Our Russian projects are successful. Russia is our most important core region. Nothing will change that," Mehren explained: "We are continuing to invest as planned in expanding our projects, because natural gas from Russia can stand up to competition from anywhere."

New projects in Argentina and the Middle East

In Argentina, Wintershall has shares in 15 onshore and offshore fields overall. In February 2016, the world’s most southern natural gas platform, the offshore field Vega Pléyade operated by Total Austral S.A. off the coast of Tierra del Fuego, began production. The field has reserves of around 25 billion cubic meters of natural gas. It is a key project for Wintershall in Argentina and will make a vital contribution to the natural gas supply on the Argentinean market. Together with Gas y Petróleo del Neuquén, Wintershall drilled further wells in Neuquén province in the shale rock of the Vaca Muerta formation as the operator.

In Germany, the Mittelplate field off the North Sea coast plays an integral role in the country’s crude oil production. Wintershall holds a 50 percent share in the next development phase of this field, the largest known oil deposit in the country. Mittelplate has been producing crude oil reliably for 30 years already. In Emlichheim in Lower Saxony, Wintershall is expanding production with twelve new wells; two of which were already commissioned between September and December 2016. And in Bockstedt, the field test for the biopolymer Schizophyllan, which can potentially increase the yield from oil reservoirs, was continued.

In 2017, Wintershall plans to stay on course with its investments in expanding oil and gas production, especially in Russia, Norway and Argentina. The key projects in the coming years will be Maria and Aasta Hansteen in Norway, the Achimov formation projects in Russia, as well as our projects in the provinces of Tierra del Fuego and Neuquén in Argentina. The focus of the company’s offshore production in Europe will be on enhancing efficiency and effectiveness. However, Wintershall will also push ahead with its exploration activities again. "We have solid foundations for profitable growth with our reserves basis. We will continue to consolidate and build on these," Mehren declared.

"Our planning for the year 2017 is based on an average oil price for Brent of 55 US dollars/barrel and an exchange rate of 1.05 US dollars per euro. The gas prices in northwest Europe are likely to hover above the level in 2016," Mehren said: "Wintershall expects a significant rise in sales and EBIT before special items." Higher prices for oil and gas, as well as a greater contribution from Wintershall’s shareholding in the Yuzhno Russkoye natural gas field compared to last year, will be the crucial factors here.

[1] At the end of September 2015, Wintershall swapped its gas trading and storage business as well as a share in Wintershall Noordzee B.V. for more upstream shares in natural gas fields in Siberia with Russia’s Gazprom.

Wintershall Holding GmbH, based in Kassel, Germany, is a wholly-owned subsidiary of BASF in Ludwigshafen. The company has been active in the extraction of natural resources for 120 years, and in the exploration and production of crude oil and natural gas for over 85 years. Wintershall focuses on selected core regions where the company has built up a high level of regional and technological expertise. These are Europe, Russia, North Africa, South America, and increasingly the Middle East region. The company wants to expand its business further with exploration and production, selected partnerships, innovation and technological competence. Wintershall employs about 2.000 staff worldwide from 50 nations and is now Germany's largest, internationally active crude oil and natural gas producer.