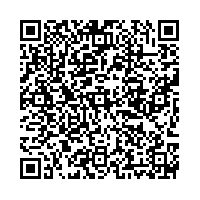 Subscribe to news
(PresseBox) ( Paderborn, 08-09-15 )
In the second half of 2009, Total Deutschland GmbH will begin equipping its entire network of service stations in Germany with information technology from Wincor Nixdorf in the point-of-sale, self-service and back-office areas. At the heart of the solution package is the modular NAMOS software for service stations, which the IT solutions company has deployed in more than 30 countries worldwide.

From June 2009 to mid-2010, Wincor Nixdorf will install nearly 1,300 POS systems, including peripherals, as well as the NAMOS compact and NAMOS retail software modules for POS and merchandize management systems for one of Germany's largest service station operators. A number of the stations will also be equipped with NAMOS paylane, a multimedia self-service terminal.

Currently, Total uses hardware and software solutions from a variety of vendors. With a unified CORE solution, the world's fourth largest oil company aims to achieve faster, simpler and more transparent point-of-sale, merchandize management and back-office processes. "With NAMOS compact, NAMOS retail and NAMOS paylane, we are taking a big step toward achieving our goal of paperless processing in our service station network," said Bruno Daude-Lagrave, Retail Director at Total Deutschland. "This will be possible largely through the complete integration of the NAMOS solutions into our SAP environment. The integration will enable a standardization of business processes across the entire service station network and thus cost savings. Another essential reason for selecting NAMOS is the solution's user-friendliness."

For years, Wincor Nixdorf has been collaborating successfully with Total S.A., the French parent company of Total Deutschland. The IT solutions company has deployed more than 5,000 service station systems in France, the U.K., Portugal, South Africa and China. "Additional countries in Europe, Africa and the Asia-Pacific regions are planned," said Philippe Nélis, Marketing Development Manager at Total's headquarters in France. "Our goal is to extend our successful efforts to streamline business processes to all our service stations worldwide; NAMOS plays a big role in these efforts." In 2004, Total signed a contract with Wincor Nixdorf for the delivery of up to 4,500 outdoor payment terminals in eight countries.

The software solutions NAMOS compact, NAMOS retail and NAMOS paylane - core components of Wincor Nixdorf's "i-Service Station Concept" - are tailored to meet the control, management and accounting process requirements of service stations and convenience stores. The solutions include numerous functions of a progressive management and accounting system. Thanks to its component-based, open and multilayer architecture, the software can be implemented in a global network irrespective of the business model. "It also enables smooth integration and quick time-to-market of functional enhancements and future needs. Our i-Service Station Concept meets the needs of our customers and their markets," said Horst von Wels, Retail Business Director at Wincor Nixdorf. "The open interface architecture and modular construction of the solutions guarantee a short time-to-market for new ideas and initiatives."