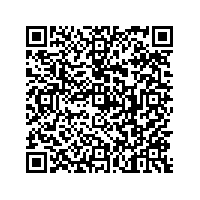 Repairs via remote maintenance save on long journeys

(PresseBox) ( Paderborn, 13-04-17 )
Angola's leading ATM network operator will in future be using Wincor Nixdorf's ProView software to handle IT service management for its 2000 self-service systems. EMIS, a company that is majority-owned by Angolan banks, aims to use the solution to significantly improve the availability of the systems and hence also customer satisfaction. Moreover, the maintenance costs for the ATM network should be greatly reduced through fewer technician callouts.

Thanks to ProView it will be possible to offer the exact same quality for managing devices from different manufacturers With the solution, EMIS receives a host of status and event messages and converts them automatically into service orders. On the basis of the detailed information provided, ProView determines whether a technician callout is necessary or whether the fault can be rectified via remote access. "In such a large country as Angola, with journeys often taking days over distances up to 3,000 kilometers, this is a key advantage. Technician callouts are reduced, while at the same time keeping availability at a high level," states Stefan Wahle, Vice President Solutions at Wincor Nixdorf.

The deciding factor for winning this software order was the solution's functional scope and the ability to adapt ProView easily to the software applications of ATMs from different manufacturers. EMIS was also won over by the fact that each Angolan bank and each service provider can monitor its part of the ATM network individually via web consoles.