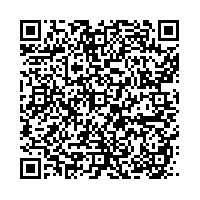 (PresseBox) ( Paderborn, 08-05-26 )
The Software Quality Lab (s-lab), an institute of the University of Paderborn, and Wincor Nixdorf, one of the world's leading vendors of IT solutions for the branches and stores of retail banks and retailing companies, are to cooperate in future and have concluded a partnership agreement. Wincor Nixdorf is thus the eighth partner company from the region to enter into intensive cooperation with s-lab. Wincor Nixdorf's objective is to expand know-how transfer with universities and research institutes internationally. Its long-term aim is to establish both a platform for sharing know-how and an extensive innovation network.

Reinhard Rabenstein, Chief Technology Officer at Wincor Nixdorf, stated that the cooperation would soon be filled with life. "The first project with s-lab in the area of quality assurance in software development will be launched in the coming weeks," he said.

Its close location to the University of Paderborn and s-lab offers a major advantage that Wincor Nixdorf intends to leverage more intensively. First, Wincor Nixdorf gains direct access to the latest knowledge and developments. Second, it aims to expand dialog with students and young scientists who see Wincor Nixdorf as a potential employer in the high-tech and, specifically, the software arena. "We secure our company's competitiveness mainly through innovation; roughly one in ten of our employees works in research and development. That is why demand for excellently educated university graduates in technical disciplines remains high," stated Rabenstein.

The first project on quality assurance in software development deals with the question of how processes for automating software testing can be further expanded and used profitably. Wincor Nixdorf's manager in the project is Hubert Segin, head of Software Quality Assurance. "Following several successful joint dissertations, we are delighted to deepen our collaboration," said Stefan Sauer, managing director of s-lab, and Hubert Segin, both full of anticipation about the planned project.