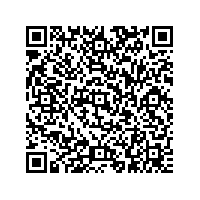 Subscribe to news
(PresseBox) ( Paderborn, 14-06-12 )
With the slogan "Five clicks to reach your customer", Wincor Nixdorf is promoting the new version of its PC/E Direct Marketing software and providing banks with an effective and modern marketing tool to individually address customers on ATMs, self-service terminals or digital signage screens. With the simplified user interface, all it takes is a few clicks for bank employees to create digital advertisements. Customer-specific campaigns are now also possible thanks to the addition of an interface that allows real-time communication with the bank's CRM system.

The software enables banks and external advertising partners to convey tailored messages to their customers and thus achieve far higher response rates than with traditional forms of promotion like banners or ads. Apart from their own products and services, banks can also advertise offerings from other companies via various output media - with the marketing of the screens being a source of additional income for the banks. In addition, marketing controlling is improved through an extensive range of options for evaluating campaigns.

"It takes just five clicks for the bank's marketing employees to create an advertising campaign using the enhanced software. What's more, they can simulate on their own PC how the advertisement will be displayed on the different screen sizes of the output devices," says Thorsten Brinkmann, product manager at Wincor Nixdorf, explaining the advantages of the new version.

A Java-based interface simplifies the connection to existing CRM systems and now allows dynamic data to be used. Advertising messages can thus be defined for specific times, regions or events. For instance, a bank could display a digital ad on the ATM to offer investment consulting to all customers who have a predefined amount of money in their account at the end of the month.

Banks worldwide already use PC/E Direct Marketing to control digital campaigns on more than 15,000 terminals. All common media formats, such as photos, flash animations or films, can be integrated to create the digital advertisements. Furthermore, the software also allows multi-level campaigns with feedback options in the form of yes/no. Hence, banks can reach their customers easily and in a targeted manner with just a few steps.