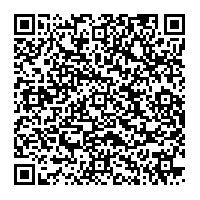 Westcon Group previously relied on more than 175 physical servers across multiple geographies for the core of its network operations. Over the last several months, this was reduced to 24 Cisco Unified Computing System servers, which now run in a centralized Data Center environment. The consolidation eliminates the strain of managing multiple disparate physical servers while providing redundancy and seamless realtime replication capabilities. More importantly, Westcon Group now has the ability to run applications on a virtualized architecture across its entire business.

Last year, Comstor, a Westcon Group business unit, was the first distributor to announce that it would be carrying Cisco Unified Computing System solutions on a global basis to its reseller customers. Westcon Group was one of the first companies to deploy the Cisco Unified Computing System worldwide, utilizing Cisco data center technologies within its own networking infrastructure. The system has been running since November 2009 and when fully deployed, Westcon will be operating its entire Information Technology (IT) infrastructure in a virtualized environment.

Westcon chose Cisco Services to assist with the initial migration and deployment, and to provide operational best practices around the Unified Computing Architecture, helping Weston achieve its desired business objectives and an accelerated ROI.

Dean Douglas, president and CEO of Westcon Group, commented: "By centralizing our Data Center capabilities, we are able to realize both the scale and agility our IT infrastructure will require to aggressively grow our business in the coming years. Not only do we offer Cisco Unified Computing System to resellers, we are also an early adopter in implementing the solution within our own networking environment. We believe this lends an enormous degree of credibility as we offer cloudbased and virtualized Data Center solutions to the channel."

William Hurley, CIO and CTO of Westcon Group, Inc., commented: "When I joined Westcon two years ago, we undertook a risk analysis and business impact study. We concluded that substantial improvements could be made to both our cost structure and network performance by migrating to a single, virtualized environment. We had already been using virtualized applications and when the Cisco Unified Computing System was introduced, we tested it and it performed very well."

"The Cisco Unified Computing System solution won on both pricing and performance, which is essentially what you need to displace an incumbent position," Hurley continued. "We were going to be able to run our entire enterprise on less space and at a third of the cost with full redundancy. Additionally, the Cisco Unified Computing System featured unparalleled virtual configuration capabilities and performed at blazing speeds. The conversation quickly turned from 'whether we do it' to 'when do we do it.'"

"As a valued Cisco distributor, Westcon/Comstor has helped build the growing global customer base for the Cisco Unified Computing System," said Dave O'Callaghan, vice president of distribution, Cisco. "Westcon is now demonstrating their deep commitment to Cisco and the technology by deploying the Cisco Unified Computing Systems as the foundational architecture of their own data center infrastructure."

Since completing the consolidation of its Data Center, Westcon Group expects to able to process customer transactions up to twice as fast, as well as generate reports more efficiently from its single, global ERP system. Additionally, the Company reduced its overall power consumption by shrinking its physical server footprint and by virtualizing its core applications. The Cisco Unified Computing System itself requires very little power and has a highly efficient internal cooling capability.