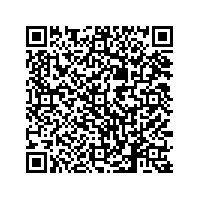 (PresseBox) ( London, UK, 12-01-19 )
Webroot, a leader in delivering Internet security as a service, today announced that it has engaged Dieter Giesbrecht as executive consultant to advise on the company's go-to-market strategy. Giesbrecht has a long history of executive management positions at industry-leading software and hardware companies, including more than a decade at Symantec Corporation (SYMC), which grew to the fourth largest independent software company worldwide during his tenure.

Dick Williams, chief executive officer, Webroot, said, "Dieter's results speak for themselves; he has driven tremendous market growth in the security industry on a global scale. As a strategic leader and advisor, he will further strengthen our global market presence, especially across our international business operations, ensuring we continue the revolution that we began with the launch of Webroot® SecureAnywhere(TM) ."

Prior to Symantec, Giesbrecht held executive positions at Attachmate Europe, Lotus Development and Digital Research, where he grew the operation to be the company's most profitable subsidiary. He has also held a number of leadership positions in the information technology and semiconductor industry at Rank Xerox, Mohawk Data Science, Teradyne and LTX.

Giesbrecht has a degree from the Technical University of Furtwangen, Germany.

Webroot is committed to taking the misery out of Internet security for consumers and businesses. Founded in 1997, privately held Webroot is headquartered in Colorado and has operations across North America, Europe and the Asia Pacific region. For more information, visit http://www.webroot.co.uk or call 800.772.9383. Read the Webroot Threat Blog: http://blog.webroot.com. Follow Webroot on Twitter: http://twitter.com/webroot.