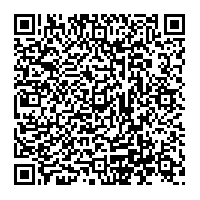 (PresseBox) ( Milan, 13-04-23 )
The opening session of the first edition of the Global Solar Summit (May 8th and 9th, Fiera Milano-Rho, Italy), the annual international conference on solar energy promoted by the Global Solar Alliance, will focus attention on one of the most relevant and topical issues for the solar community at the global level. The spokespeople of the main trade associations in Europe, the United States and China, such as Epia, Sepia, EU ProSun and Afase, together with the manager of the photovoltaic sector of the Chinese chamber of commerce, will give speeches on Creating a level playing field: governing business cycles and resolving trade disputes. Through a positive and constructive debate, the meeting aims to provide the photovoltaic industry with strategic guidelines to help understand and govern the various economic cycles and better manage trade with foreign countries.

The session will be moderated by Jenny Chase, Solar Insight Manager of Bloomberg New Energy Finance, who said: "The extreme competition and overinvestment in manufacturing capacity has destroyed value, and governments around the world have competed to offer strategic support - and complained when that has failed to create successful companies. Bringing all the participants in one room may help us understand how the industry can restructure to enable a return to profitability across the value chain. It is important to create a level playing field, so that global competition can focus on technology and operations and continues to drive costs down".

The process of consolidation underway in the photovoltaic market, which last year was evident in the increase in mergers, amalgamations and acquisitions, will be at the centre of a debate entitled The rationalisation of the sector, the consolidation of the photovoltaic industry: strategies and transformation of PV companies across the value chain. The event will see the participation of top executives from the main companies on the world market, such as Conergy, Power-One, Jinko Solar and GCL Energy which, together with Zouk Capital, the main investment and private equity fund in renewables, will present various strategic models to successfully tackle and overcome this consolidation phase.

This session has a particular relevance in these days given the participation of Alex Levran, President of Renewable Energy Solutions of Power One. The company has just been acquired by the giant ABB for $1 billion. "ABB's move is possibly the kick-start of a wave of consolidation in the PV sector in which we will see more landmark transactions like this one. So as it happened for Total acquiring Sunpower, we will observe more strategic players entering the industry to play 'big'. We are pleased that Power One's Levran has chosen the Global Solar Summit as a speaking floor in this very moment and we are looking forward to hear him, GCL's Xie, Jinko's Herrero and Zouk's Flatz commenting on the major changes that are taking place in the sector" says, Guido Agostinelli, moderator of the session and director of the Summit.

Mike Sheppard, Senior Analyst IHS Solar, who is attending the session with a speech focused on the rationalisation of the solar industry, comments "Recent news of ABB acquiring Power One is a marquee example of horizontal integration as it indicates higher levels of competition already existing in the Inverter manufacturing space and that consolidation is one of the few ways to secure top line growth and maintain or regain profitability. This represents the first of three major types of events have, are, and will continue to occur in the PV industry throughout 2013 and 2014 as companies shift strategies and pursuits to better align themselves with market conditions. The second, and most obvious type of event is consolidation of the number of players involved in the industry. Even major companies Bosch have withdrawn or collapsed due to these market conditions with players such as LDK and potentially Suntech operating in a "zombie-like" mode, unlikely to regain their once held market status. The third type of event is more subtle and involves alterations to business models and in the case of PV, the perception of competition in the solar industry. An example here is First Solar whom recently acquired a crystalline silicon company, Tetrasun, and announcing a tentative commercialization of that technology by 2H 2014. The transition being made in 2013 and 2014 are healthy for the long term development of the PV industry as a focus on technology converts to a focus on price competitive power generation. Players which emerge from this evolution, will be ready to compete in a dynamic "post-incentive" environment".

The first day will end with a session devoted to examining New opportunities: emerging solar markets in the course of which Ash Sharma, Senior Research Director of IHS Solar will talk about the drivers of growth, business models and investment prospects in emerging markets.

The topic Competing in an open environment will open the second day in a debate that will see the participation of the most qualified and authoritative energy market analysts in comparing the competitive advantage of solar energy with other renewables and unconventional fossil fuel sources, particularly shale gases, which in the last two years have been tracing an upward curve within the energy market.

The day will continue with a session dedicated to exploring the opportunities, instruments and business models for sustaining and financing growth, with the involvement of the most highly accredited financiers and investors on the marker, such as Bloomberg, Medio Credito Italiano, Robeco SAM and Global Power Finance, and will end with a session dedicated to solar scenarios: the next level and presenting a long term vision, with guests including Francesco Starace, CEO of Enel Green Power who, together with Julia Hamm, President and CEO of Solar Electric Power Association, will speak on the subject The impact of utilities on the solar market, the impact of solar on utilities.

The detailed programme for the Global Solar Summit is available online at www.global-solar-alliance.com

About the GLOBAL SOLAR ALLIANCE:

Founded by Solarexpo, SNEC PV Power Expo and Solar Power International, which are among the major trade exhibitions dedicated to solar energy in Europe, China and the United States, the Global Solar Alliance is the first international chain of events promoting the growth and use of solar energy in order to foster a low-carbon economy, facilitating the dissemination of information and awareness of the importance of the issue among trade specialists, public opinion and the political world.

The initiative aims to become an effective platform for consultation in order to harmonise the growth of the solar markets on a global scale. At the same time, through wider, targeted support and new initiatives on the local scale, it intends to act as a powerful catalyst for the development of new, emerging markets for solar technologies, considering the growing demand for sustainable energy and the challenges associated with access to energy at the global level.