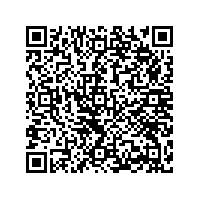 World Newspaper Congress: the Future of the Internet, Future of Journalism

Subscribe to news
(PresseBox) ( Paris, France and Darmstadt, 13-05-23 )
Steve Crocker, one of the founding fathers of the Internet, and Jeff Jarvis, a provocative voice about alternative business models for news in the connected age, have joined the programme for the World Newspaper Congress, to be held in Bangkok, Thailand, from 2 to 5 June next.

They will discuss the future of the Internet and the future of journalism at the annual summit meeting of the world's newspapers and news publishers. More than 1,200 publishers, chief editors and other senior news media executives are already registered for the 65th World Newspaper Congress, 20th World Editors Forum and 23rd World Advertising Forum, which will run concurrently in Bangkok.

There is still time to join them; full details can be found at http://www.wan-ifra.org/bangkok2013

Internet pioneer Steve Crocker will discuss issues including the future of the Internet, Internet security and media issues in the digital age. Media consultant, journalism professor and BuzzMachine commentator Jeff Jarvis, author of "What Would Google Do?" and "Public Parts", will discuss the impact of the new media economy on the way news is produced and monetized.

Other additions to the programme include Mario Calabresi, Editor in Chief of Italy's La Stampa, who will discuss innovative newsroom organisation, and Peter Kvarnstrom, President of BC Community Media at Glacier Media, which has made 40 newspaper and other titles interactive with augmented reality to increase engagement and advertising revenues.

- Kevin Beatty, the CEO of dmg media, which includes the Daily Mail and Metro in the United Kingdom;

- David Rowan, Editor of Wired magazine in the United Kingdom and a well-known expert on future trends;

- Javier Moreno Barber, Editor of El País, who has taken the prestigious Spanish daily through significant economic and editorial change;

- Supakorn Vejjajiva, President and Chief Operating Office of Post Publishing in Thailand, publisher of the Bangkok Post, which is about to launch its second daily, Post Today, a Thai-language business newspaper;

- Scott Lamb, the Editorial Editor of Buzzfeed, a site which has received a vast amount of attention in recent months for its addictive and highly shareable content, and its mastery of the native advertising;

- and many others! Full details at http://www.wan-ifra.org/bangkok2013

The Congress, which takes the theme, "Innovate. Inspire. Interact," focuses on news media strategy and business issues. The Editors Forum examines newsroom issues in the transformational age, while the Advertising Forum deals with organisation of sales departments, research, sales techniques and trends in media advertising. Delegates can attend any of the conferences and sessions with a single registration.

Alongside the Congress, Editors Forum and Advertising Forum, Info Services Expo 2013 will present innovative solutions from the international suppliers' community. The exhibition offers visitors the opportunity to meet the leading suppliers to the newspaper industry and discover cutting-edge products, services and technologies.

As always, the events are accompanied by an array of social events, gala dinners and lunches and are considered to be the premier opportunity to meet colleagues from around the world.

WAN-IFRA, based in Paris, France, and Darmstadt, Germany, with subsidiaries in Singapore and India, is the global organisation of the world’s newspapers and news publishers. It represents more than 18,000 publications, 15,000 online sites and over 3,000 companies in more than 120 countries. Its core mission is to defend and promote press freedom, quality journalism and editorial integrity and the development of prosperous businesses.