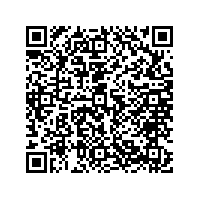 (PresseBox) ( Paris, Frankfurt, 17-05-31 )
WAN-IFRA has named an editor from Egypt and editor from Kenya as Winners of the WAN-IFRA Women in News Editorial Leadership Award.

The Women in News Editorial Leadership Award recognises an exemplary contribution of an Editor to her newsroom - and under her leadership the contribution of her newspaper - to society. Karima Kamal, columnist and contributing editor for the Egyptian daily Al Masry Al Yom, has been named the 2017 Laureate for Middle East and Africa. Pamella Sittoni, Editor of the International Desk for the Nation Media Group and Managing Editor for The East African, a weekly circulated in Rwanda, Uganda, Tanzania and Kenya, has been named the 2017 Laureate for Africa.

"I am humbled by this great honour”, said 2017 Africa Laureate Pamella Sittoni. “This award is a strong confirmation that the world is taking notice of the important contribution that women leaders in media houses are making to the development of their countries, regions and the world. I'm confident that it will inspire other women journalists, particularly the younger ones, to aim for the top through diligence," said Sittoni.

On being named a winner, 2017 MENA Laureate Karima Kamal said:  "I am very pleased to have received the Award as I feel it is the crown of my professional journey. The Award supports those who defend the freedom of the press, and is also a confirmation of the importance of promoting the presence of women equally and fairly within all strata of media”.

The Women in News Editorial Leadership Award is part of WAN-IFRA’s Gender and Media Freedom Strategy, made possible through support from the Swedish International Development Cooperation Agency (Sida). Under the initiative, one Laureate from MENA and one Laureate from Africa are named, annually.
This is the first year that WAN-IFRA has named a Laureate for the Middle East and North Africa. Toyosi Ogunseye, Editor of the Sunday Punch in Nigeria, was named 2014 Laureate for Africa.

The 2017 Laureates will be honoured at the Women in News Summit in Durban, South Africa, on 7 June 2017. The WIN Summit is organised in association with the 2017 World News Congress and Wolrd Editors’ Forum, taking place in Durban from 7-9 June.

Women in News (WIN) aims to  increase women’s leadership and voices in the news. It also works to change institutional bottlenecks to the advancement of women media executives by creating champions and educators from within the media industry. Women employs targeted capacity building actions such as media management training, coaching and mentoring combined with a partnership-driven approach to advocacy, emphasising education, sensitisation and practical tools. Women in News is made possible through the support of Swedish International Development Cooperation Agency (Sida) and the Norwegian Ministry of Foreign Affairs. www.womeninnews.org

WAN-IFRA is the World Association of Newspapers and News Publishers. Its mission is to protect the rights of journalists across the world to operate free media, and provide its members with professional services to help their business prosper in a digital world and perform their crucial role in open societies. It derives its authority from its global network of leading news publishing companies and technology entrepreneurs, and its legitimacy from its 80 member publisher associations representing 18,000 publications in 120 countries.