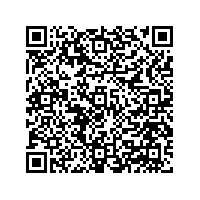 The Emerging Threat of Ad Blockers: Publishers, not platforms, must take the lead

Subscribe to news
(PresseBox) ( Paris, France and Frankfurt, Germany, 15-09-25 )
The world's news media are coming together to address the danger to their businesses posed by the rapid rise of ad blockers, whose products are now used by more than 200 million users world-wide.

The World Association of Newspapers and News Publishers (WAN-IFRA), and Digital Content Next (formerly the Online Publishers Association), along with major publishers and key industry representatives, have launched an ambitious new initiative help publishers understand and address ad blocking. They aim to improve the overall advertising experience online, encourage those who use ad blockers to abandon the services, and help to create innovative forms of online advertising that provide an alternative to display ads.

The use of ad blockers in the United States alone has risen 48 per cent in the past year, and costs publishers billions of dollars in lost revenue globally, according to a report by Adobe and PageFair. While most ad blocking software is aimed at the desktop browser experience, Apple has just opened mobile Safari to ad-blocking plug-ins, leading to fears of a collapse of online display revenue as well.

"We need to articulate a proactive response to ad blocking, one that respects users and sustains media businesses," said Vincent Peyrègne, CEO of WAN-IFRA, which represents 18,000 newspapers, 15,000 online sites and more than 3,000 companies in 120 countries. "Everybody suddenly has a lot more freedom, and this freedom includes the freedom of consumers to reject forms of digital advertising."

Jason Kint, CEO of DCN, said: "Consumer privacy and user experience haven’t been given proper consideration.  Now consumers are speaking up with software.  The industry needs to clean up the user experience and provide more transparency and controls for consumers.  This is the first step in that journey.”

WAN-IFRA and DCN are calling on publishers world-wide to participate in a "Call to Think" to formulate guiding principles to shape the experience that users enjoy on publishers' sites in the future.

The Call to Think emerged from a recent meeting organised by WAN-IFRA and hosted in London by the Financial Times and the Economist. It included representatives from many of Europe's top media companies: Axel Springer (Germany), the BBC (UK), Daily Mail Group (UK), The Daily Telegraph (UK), The Guardian (UK), The Irish Times (Ireland), JP/Politiken (Denmark), Mediahuis Connect (Belgium), RCS Media Group (Italy), Ringier Group (Switzerland), Stampen Group (Sweden), and Vocento (Spain), as well as delegates from Digital Content Next (USA), IAB UK, Mozilla and PageFair (Ireland). The meeting was initiated by Dr., Johnny Ryan, Head of Ecosystem at PageFair.

A second meeting will be held on 5 October in Hamburg, Germany, during WAN-IFRA's World Publishing Expo 2015. Publishers interested in joining the initiative should contact Ben Shaw, Director of Global Advisory at WAN-IFRA, at ben.shaw@wan-ifra.org or on Twitter at @bdshaw.

Publishers can also voice their opinions through a short ad-blocking survey.

WAN-IFRA Advisory Services recommends that publishers can begin to address the issue by determining how much of their traffic is currently blocking advertising. A simple way to do so is available with a custom event in Google Analytics, which can be found here.

More on the ad blocker initiative, and the challenges ad blockers pose, can be found here.

-- To improve the overall ad experience for users without ad blockers, to help ensure they will not install them. "We need to actively engage our audiences about the link between advertising and quality journalism, and we must find better ways to giving readers better control over their ad experiences," said Mr Shaw.

-- To find ways to encourage users with add blockers to agree to be served ads again. This might involve setting and adhering to standards for online advertising.

-- To focus on other mobile-ready advertising opportunities that provide alternatives to display, such as branded content, in-stream ad formats, video and audio, and e-commerce.

The new initiative follows an earlier, related WAN-IFRA project to help prevent data leakage through the unwanted transfer of data from publishers to third parties, often through the use of cookies associated with online advertising. These cookies contribute to the problems that lead to ad blocking: sites that are slow to load, resource intense and packed with tracking software.

WAN-IFRA has also been encouraging better online advertising through the advertising categories in its World Digital Media Awards and its regional digital media awards in Europe, Asia, and Latin America.

WAN-IFRA, based in Paris, France, and Frankfurt, Germany, with subsidiaries in Singapore and India, is the global organisation of the world’s newspapers and news publishers. It represents more than 18,000 publications, 15,000 online sites and over 3,000 companies in more than 120 countries. Its core mission is to defend and promote press freedom, quality journalism and editorial integrity and the development of prosperous businesses.

Digital Content Next (DCN) is the only trade organization dedicated to serving the unique and diverse needs of high-quality digital content companies that manage trusted, direct relationships with consumers and marketers. The organization was founded in June 2001 as the Online Publishers Association (OPA). Comprised of some of the most trusted and well-respected media brands, DCN produces proprietary research for its members and the public, creates public and private forums to explore and advance key issues that impact digital content brands, offers an influential voice that speaks for digital content companies in the press, with advertisers and policy makers, and works to educate the public at large on the importance of quality content brands. Digital Content Next’s membership has an unduplicated audience of 223 million unique visitors or 100% reach of the U.S. online population.*

More information about Digital Content Next is available at www.digitalcontentnext.org

Recommend The Emerging Threat of Ad Blockers: Publishers, not platforms, must take the lead press release