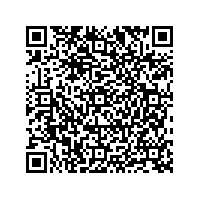 (PresseBox) ( Darmstadt/Singapore, 08-11-12 )
Registration is now open for the 8th Annual Asia Media Awards competition, to be held in conjunction with IFRA's Publish Asia, from 28 to 29 May 2009 at Centara Grand & Bangkok Convention Center, Thailand (www.ifra.com/asiamediaawards). The submission deadline is 30 January 2009.

IFRA Asia invites participation in the forthcoming Asia Media Awards competition which, over the last seven years, has grown to become the most prestigious recognition of outstanding work in the fields of Printing Quality, Design, Infographics, Photography and Online among media houses in Asia Pacific and Middle East.

Since its inception in 2001, hundreds of newspapers and magazines in Asia Pacific and the Middle East have taken part in the competition, with a record of over 500 entries in 2008. And with each year, the standard of print quality and journalism has been on the rise.

From Design to Photojournalism and from Special Coverage to Online, the Asia Media Awards include 16 categories and sub categories. A set of three independent juries comprising international publishing and media experts across the globe will evaluate the entries.

Given the rapid adoption of online media and the possibilities to combine the traditional print platform with digital media, we have introduced new categories to promote the use of cross media. The Best in Cross Media Awards for advertising and editorial content honours the newspapers' ability to offer added value to its readers/users and advertisers through publishing or advertising on several media channels.

The competition opens today for all newspapers and magazines in Asia Pacific and the Middle East. Entries can be submitted online at www.ifra.com/asiamediaawards or on the printed registration form. The submission deadline is 30 January 2009.

The Asia Media Awards categories read as below
1. Best in Print Award
The Best in Print awards will be presented to newspapers deserving recognition for their excellence in standardised printing. The focus of the award is to show the ability of newspapers to print consistently high quality in accordance with international standards (ISO 12647). This competition is open to newspapers only.
1. A) Weekday circulation below 150k.
1. B) Weekday circulation over 150k.

2. Best in Design Award
Newspaper and Magazine Overall Design
This award will be presented to entries whose overall design, originality and content have achieved levels of excellence deserving of recognition. Entries will be judged not only on design but on how design is used to project the contents. This includes the use of typography, photography, information graphics and colour.
2. A) Newspaper Overall Design.
2. B) Magazine Overall Design.

Newspaper Front Page and Magazine Cover Design
This award will be presented to entries that achieve a powerful impact on the newspaper front page or magazine cover page. The judges will be looking for pages clearly showing a brilliant treatment of a scoop or unique take on a breaking or feature story, incorporated with captivating headline, creative design style and best use of photographs.
2. C) Newspaper Front Page Design.
2. D) Magazine Cover Design.

4. Best in Photojournalism Award
The award will recognise the photographer's visual creativity (originality of perception and treatment), the ability to expand knowledge or understanding of an issue through an effective use of the medium and technical skills.
4. A) News Photography.
4. B) Feature Photography.
4. C) Sports Photography.

5. Best in Online Media
This award recognises publishers who have adopted digital media, beyond print, as part of their total product offer to meet the major changes in how people consume news and information.
5. A) Newspaper Website.
5. B) Magazine Website (new).

6. Best in Cross Media (new)
This award honours a newspaper's ability to offer added-value to its readers/users and advertisers through publishing or advertising on several media channels. Entries should demonstrate an effective use of each media platform's specificity as well as a coherent management of its complementarities for serving the readers and advertisers with the best media experience possible.
6. A) Cross Media editorial coverage.
6. B) Cross media advertising.

IFRA (www.ifra.com) is the worldwide research and service organisation for the news publishing industry. With headquarters in Darmstadt, Germany, it has acted since 1961 as the platform for decision-makers from the newspaper industry. IFRA offers its services primarily to its more than 3100 members in about 80 countries. A Board, comprising publishers as well as central, regional and specialised committees drawn from Ifra member companies, steers the work of the international newspaper community. IFRA's research work provides the basis for this and results in standardisation projects as well as international and regional exhibitions, conferences, seminars, workshops, study tours, training events, Newsplex consulting and international competitions. The IFRA Expo - "the annual event of the newspaper industry" - held at major European venues, is the world's most important trade exhibition for newspaper companies and their partners. IFRA Expo 2009 will be held from 12 to 15 October in Vienna (www.ifraexpo.com). IFRA Magazine, the international magazine for newspaper strategy, business and technology, is published in several languages as both print and online versions (www.iframagazine.com). In addition, IFRA, with IFRA Search, offers a vertical search engine for the news publishing industry (www.ifrasearch.com).