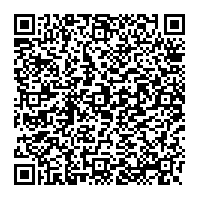 Subscribe to news
(PresseBox) ( Frankfurt am Main, 17-05-02 )
Protecting Journalism Sources in the Digital Age is a new global study produced by WAN-IFRA for UNESCO that examines the growing risks confronting forms of journalism dependent upon confidential sources and whistleblowers. It finds that the legal frameworks that support protection of journalistic sources, at international, regional and country levels, are under significant strain - a development that is seen to represent a direct challenge to the established universal human rights of freedom of expression and privacy, and one that especially constitutes a threat to the sustainability of investigative journalism.

The study, authored by former World Editors Forum/WAN-IFRA Research fellow Julie Posetti, covers 121 UNESCO Member States and represents a global benchmarking of journalistic source protection in the Digital Age. It will be launched on World Press Freedom Day (May 3rd) during celebrations in Jakarta.

“This study is being launched in the context of unprecedented digital risks to confidential journalistic communications – from security agencies intercepting reporters’ emails, to US customs officials seizing journalists’ phones and, just last week, Australian Federal Police admitting that they illegally accessed a journalist’s metadata. It’s utterly chilling, and urgent reform is required,” Ms Posetti said. “I genuinely hope that the study serves as an effective tool in the struggle to defend investigative journalism dependent on confidential sources, and the efforts of whistleblowers, in the interest of strengthening democracy.”

In many of the countries examined in this study, it was found that legal source protection frameworks are being actually or potentially:


Overridden by national security and anti-terrorism legislation
Undercut by surveillance – both mass and targeted
Jeopardised by mandatory data retention policies and pressure applied to third party intermediaries - like ISPs, telcos, search engines, social media platforms - to release data which risks exposing sources
Outdated when it comes to regulating the collection and use of digital data, such as whether information recorded without consent is admissible in a court case against either a journalist or a source; and whether digitally stored material gathered by journalistic actors is covered by existing source protection laws.
Challenged by questions about entitlement to claim protection - as underscored by the questions: “Who is a journalist?” and “What is journalism”?


While traditional legal frameworks for source protection remain strong in some states, and are progressing in others, they are under significant risk from a combination of developments. These are caused, for the most part, by digital disruption, and by overreach in measures that are introduced in the name of national security or combating crime.

“The study finds that unless journalistic communications are recognised, surveillance is made subject to checks and balances; data retention laws are limited; accountability and transparency measures -applied to both States and corporations - are improved, confidence in the confidentiality of sources could be weakened,” Ms Posetti said. “The result could be that much public interest information, such as that about corruption and abuse, will remain hidden from public view.”

A major recommendation of this study is consideration of an 11-point assessment tool for measuring the effectiveness of legal source protection frameworks in the digital age.

This Study concludes that law-makers, journalists, editors and publishers among others can play an important role in promoting public understanding of these issues, and in advocating for change

Journalists rely on source protection to gather and reveal information in the public interest from confidential sources. Such sources may require anonymity to protect them from physical, economic or professional reprisals in response to their revelations. There is a strong tradition of legal source protection internationally, in recognition of the vital function that confidential sources play in facilitating ‘watchdog’ or ‘accountability’ journalism. “Without confidential sources, many acts of investigative story-telling - from Watergate to the Panama Papers - may never have surfaced”, the study acknowledges.

“Bottom line: citizens need to be able to reveal major injustices and corruption without fear of reprisals and source protection frameworks are an essential component in this practice,” Ms Posetti said. “However, in the Digital Age, laws protecting journalists from being forced to reveal their sources are under significant threat of erosion, restriction and compromise.”

These findings are based on an examination of the legal source protection frameworks in each country, drawing on academic research, online repositories, reportage by news and human rights organisations, more than 130 survey respondents and qualitative interviews with nearly 50 international experts and practitioners globally. Seventeen international researchers and research assistants contributed to the research.

Julie Posetti is a University of Wollongong (Australia) researcher who heads Digital Editorial Capability at Fairfax Media. She was Editor and Research Fellow with WEF/WAN-IFRA in 2014/2015. She is available for interview and contactable via email (julieposetti@gmail.com), mobile (+61 466450312) or Skype (JuliePosetti).

The World Editors Forum (WEF) is the leading network for print and digital editors of newspapers and news organisations around the world. It is built on a commitment to defend press freedom and promote editorial excellence. WEF is at the forefront of newsroom change. It helps editors from all over the world, and at different stages of transition, shape their newsrooms and the journalism of the future, by identifying newsroom innovation, trends, tools and practices. It shares intelligence through its daily blog, networking events, conferences, research and study tours. The World Editors Forum is an established network with a 20-year history of connecting editors on issues that matter for the future of independent and free news publishing. More on www.wan-ifra.org/wef

WAN-IFRA based in Paris, France, and Frankfurt, Germany, with subsidiaries in Singapore, India and Mexico, is the global organisation of the world's newspapers and news publishers.  Its mission is to protect the rights of journalists across the world to operate free media, and provide its members with professional services to help their business prosper in a digital world and perform their crucial role in open societies. It derives its authority from its global network of leading news publishing companies and technology entrepreneurs, and its legitimacy from its 80 member publisher associations representing more than 18,000 publications in 120 countries. More on www.wan-ifra.org