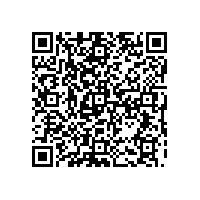 (PresseBox) ( Leipzig/Stavanger, 10-08-24 )
VNG - Verbundnetz Gas Aktiengesellschaft (VNG) is expanding its production activities in the North Sea. To this end, the VNG subsidiary VNG Norge AS has established its own subsidiary, VNG Danmark ApS, headquartered in Copenhagen, Denmark. Shares in two exploration licenses on the Danish Continental Shelf have already been acquired through the new company.

"Setting up VNG Danmark is a strategically meaningful step that brings VNG closer to its goal of meeting a significant share of its gas requirements from equity gas, as well as further broadening and strengthening the basis for our activities through geographic diversification. Our subsidiary VNG Norge is doing an excellent job here," Michael Ludwig, VNG Executive Board Member for Gas Procurement, Exploration and Production, said at ONS, the leading exhibition for the offshore oil and gas industry held in Stavanger, Norway. As Tord Pedersen, Managing Director of VNG Norge AS, pointed out: "Setting up VNG Danmark is the natural continuation of our commitment in North West Europe." Pedersen went on to say that VNG Norge must expand its license portfolio in order to meet the strategic equity gas target, and added: "While that primarily applies to Norway, the Danish Shelf is also an attractive business field for VNG Norge given its proximity to the European gas market and its infrastructure, making it the ideal complement to our portfolio."

VNG Danmark has initially acquired 15 percent of the shares in licenses 4/98 and 3/09, therefore securing participation in the Svane natural gas find and the Solsort oil prospect. The license shares were purchased from DONG E&P A/S. DONG is the operator of both licenses and holds a 35 percent share in each. Other license holders are Bayerngas Danmark ApS with a share of 30 percent and Nordsøfonden, a Danish state-owned oil and gas company with a participation of 20 percent.

VNG - Verbundnetz Gas Aktiengesellschaft (VNG) is an international group of companies and a reliable supplier of natural gas from Russian, Norwegian and other sources to major users and municipal distributors in Europe. VNG has been active in the gas industry for over 50 years. Today, VNG is Germany's third largest gas importer and ranks among Europe's top ten. In 2009, VNG with its workforce of roughly 700 employees delivered 183 billion kWh of gas and generated sales of 4.8 billion euros.

VNG Norge AS is a wholly owned subsidiary of VNG AG. VNG Norge is responsible for the VNG Group's equity oil and gas production and currently holds 25 licenses on the Norwegian Continental Shelf. In 2009 the company reported its first find as an operator in PL 270 (Agat). VNG Norge has a workforce of 50 at its offices in Oslo und Stavanger.