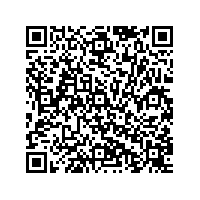 (PresseBox) ( Leipzig/Stavanger, 10-08-24 )
The "Mauerfälle" touring exhibition organized by VNG - Verbundnetz Gas Aktiengesellschaft (VNG) has arrived at ONS, the exhibition for the offshore oil and gas industry, in Stavanger. It was opened today by Dr. h.c. Hans-Dietrich Genscher, former German Foreign Minister, and Prof. e.h. Dr.-Ing. Klaus-Ewald Holst, VNG Executive Board Chairman. His Majesty King Harald V of Norway also took the opportunity to visit the exhibition at the VNG stand on his traditional opening tour of ONS.

Prof. Holst said: "We hope our commitment will make the events of 1989/90 and their impact come alive and will encourage a dialog on the future." The VNG Chairman added: "Bringing this exhibition to Stavanger is something very special for us, because Norway is one of our most important partners and a totally reliable gas supplier. Soon after the fall of the Wall, Norwegian natural gas made a vital contribution to fundamentally improving the lives of people in eastern Germany. Furthermore we are currently setting up our own production capacities in the North Sea through our subsidiary VNG Norge AS, and we feel very much at home in Norway."

Dr. Genscher said at the opening ceremony: "20 years on from reunification we must not forget the enormous achievement brought about by the people of eastern Germany with the Peaceful Revolution which still gives hope to many people all over the world today. VNG's 'Mauerfälle' touring exhibition keeps alive the memory that reuniting a divided Germany took a great deal of courage. The Wall was brought down from the East."

A section of the Berlin Wall which bears the signatures of the "fathers of unification" was unveiled at the ceremony in Stavanger. This section has now also been signed by Hans- Dietrich Genscher who, as the longstanding German Foreign Minister, was instrumental in bringing about an understanding between East and West and who helped to lay the crucial foundations for reunification during the decisive months in 1989 and 1990. The Wall will be on show to visitors at ONS until August 27, 2010.

On the 20th anniversary of the Peaceful Revolution VNG bought an original piece of the Berlin Wall in aid of the charity organization "Ein Herz für Kinder e.V." as part of its initiative to encourage democracy and tolerance called "Verbundnetz für Demokratie und Toleranz".

On October 30, 2009 this section of the Wall was signed by the "fathers of unification" Dr. Helmut Kohl, George H.W. Bush sen. and Mikhail Gorbachev. The signatures of Christoph Wonneberger, the initiator of the Leipzig peace prayers and one of those instrumental in organizing the Monday demonstrations, and Lech Wa??sa, winner of the Nobel Peace Prize and forerunner of the Peaceful Revolution, were added when the exhibition started its journey at this year's Leipzig Book Fair. At Chemnitz, the second stop, the former Dean and an Honorary Citizen of Chemnitz Christoph Magirius, who coinitiated the "Round Tables" in 1989, also put his signature to the work of art. In Munich, the third stage of the journey, the Leipzig pastor Stephan Bickhardt wrote his name on the wall as a representative of the civil rights movement in the GDR and cofounder of the "Demokratie Jetzt" organization. And at the Zeche Zollverein World Heritage Site in Essen, Prof. Dr. Horst M. Teltschik, who played a key role in the negotiations on German-German reunification, also added his signature.

The unique 3.60 meter high section of the Berlin Wall weighing 2.7 tonnes was designed by Leipzig artist Michael Fischer-Art, who demonstrated in the city in 1989 and whose banners are exhibited in "Haus der Geschichte" in Bonn. Under the VNG initiative, the Wall is travelling on an educational journey through German and European cities - the next stop will be Neubrandenburg.

"Handson" lessons for school children are organized right next to the Wall and the specimen will provide local schools with ideas for classes.

"Verbundnetz für Demokratie und Toleranz" is an initiative organized by VNG - Verbundnetz Gas Aktiengesellschaft (VNG) and its partners to encourage democratic structures in the states of eastern Germany and features several projects. Further information is available from www.verbundnetz-fuer-demokratie-und-toleranz.de and www.mauerfaelle.de.

VNG - Verbundnetz Gas Aktiengesellschaft (VNG) is an international group of companies and a reliable supplier of natural gas from Russian, Norwegian and other sources to major users and municipal distributors in Europe. VNG has been active in the gas industry for over 50 years. Today, VNG is Germany's third largest gas importer and ranks among Europe's top ten. In 2009, VNG AG with its workforce of roughly 700 employees delivered 183 billion kWh of gas and generated sales of 4.8 billion euros.