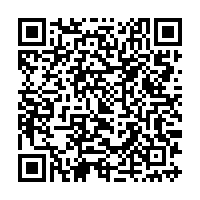 "VMware has led the server virtualization revolution, and we have the opportunity to do the same in datacenter and cloud networking," said Paul Maritz, chief executive officer, VMware. "The acquisition of Nicira adds to our portfolio of networking assets and positions VMware to be the industry leader in software-defined networking."

VMware will acquire Nicira for approximately $1.05 billion in cash plus approximately $210 million of assumed unvested equity awards. The acquisition is subject to regulatory approvals and other customary closing conditions. The parties expect the acquisition to close during the second half of 2012. The acquisition has been approved by the boards of directors of both VMware and Nicira and the stockholders of Nicira.

The Software-Defined Datacenter - The Foundation of Cloud Computing Cloud computing is about agile, elastic, efficient, and reliable services, and it is achieved through sophisticated software that abstracts hardware resources, pools it into aggregate capacity, enabling automation to safely and efficiently dole it out as needed for applications. Tenants or customers utilizing the software-defined datacenter can have their own virtual datacenter with an isolated collection of all the compute, storage, networking, and security resources that they are used to. Furthermore, this virtual datacenter can grow and shrink to efficiently utilize physical resources. This is what the software-defined datacenter is all about, and it is the architecture for the cloud.

Managing networks and network services to support cloud architectures is complex, time consuming and limits the achievement of full application mobility across clouds. Nicira is at the forefront of software-defined networking, which enables the dynamic creation of virtual network infrastructure and services that are completely decoupled and independent from the physical network hardware. Many industry leaders, including AT&T, DreamHost, eBay, Fidelity Investments, NTT and Rackspace are using the Nicira Network Virtualization Platform (NVP) to accelerate service delivery from weeks to minutes and dramatically reduce complexity and cost.

"The value we bring to customers lies in our open approach and the richness of capabilities in network virtualization," said Martin Casado, co-founder and chief technology officer, Nicira. "The combination of Nicira and VMware brings together two pioneering teams, and gives customers the industry leading SDN solution for any cloud environment, on any hypervisor in the enterprise and with Service Providers."

VMware plans to continue to support the open principles and technologies that have made Nicira solutions successful, including the Open vSwitch to connect physical networks and multiple hypervisors and the open extensibility framework to implement business-level policies from any cloud management system. This will allow enterprises and service providers to create the most flexible network topologies that seamlessly span any cloud environment. VMware is committed to maintaining Nicira's openness and bringing additional value and choices to heterogeneous environments and the OpenStack, CloudStack and other cloud related communities.

This acquisition expands VMware's networking portfolio, which includes the VMware vSphere® virtual switching, VMware vCloud® Director(TM) networking, vShield(TM) Network and Security software defined services, and the VXLAN protocol to provide a full suite of software-defined networking capabilities and a comprehensive solution lineup for virtualizing the network - from virtual switching to virtualized layer 3-7 services. This will allow customers to create a pool of network capacity on top of any network infrastructure from which they can easily support tens of thousands of isolated virtual networks with the simplicity and operational ease of creating and managing virtual machines.

VMware and industry leaders will be showcasing the software-defined datacenter at the upcoming VMworld® 2012 in San Francisco on August 27 - August 30. Information on attending the conference can be found here.