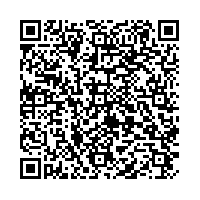 Subscribe to news
(PresseBox) ( Malvern, Pennsylvania, 09-02-12 )
Vishay Intertechnology, Inc. (NYSE: VSH) today announced that its TrenchFET® Gen III family of power MOSFETs was selected from hundreds of nominations to be a finalist for this year's EDN Innovation Awards in the Power Semiconductors category.

Instituted in 1990, EDN magazine's Innovation Awards honor the people, products, and technologies that have shaped the semiconductor industry over the past year. During the month of February, EDN's worldwide audience of electronics engineers and engineering managers will use an online ballot to select the ultimate winners from among the finalists. EDN's editorial staff and Editorial Advisory Board also take part in determining the final winners.

Power MOSFETs are used for load switching and dc-to-dc conversion in many electronic products being manufactured in large volumes, including notebook computers, cell phones, and PDAs. When compared to the previous-generation of trench power MOSFETs, Vishay's Gen III devices reduce on-resistance per silicon area by more than 35%, while also reducing gate charge per area by about 10%. The reduced on-resistance and gate charge lower conduction and switching losses, reducing energy consumption and prolonging battery life in electronic devices.

TurboFET(TM) technology, a subset of TrenchFET, is a variation of Gen III using a new charge balanced drain structure. For high-side MOSFETs in dc-to-dc converters, their lower gate charge translates into more efficient switching, helping to save power in notebook computers, voltage regulator modules (VRMs), servers, and other systems using point-of-load (POL) power conversion. It also gives the designer the option to operate at higher frequencies, which enables the use of smaller passive components.

EDN encourages its readers to visit www.edn.com/innovation19 to review each of the Innovations Awards nominees. Winners will be announced at a dinner and awards ceremony on March 30, 2009, in San Jose, California.

Vishay Intertechnology, Inc., a Fortune 1,000 Company listed on the NYSE (VSH), is one of the world's largest manufacturers of discrete semiconductors (diodes, rectifiers, transistors, and optoelectronics and selected ICs) and passive electronic components (resistors, capacitors, inductors, sensors, and transducers). These components are used in virtually all types of electronic devices and equipment, in the industrial, computing, automotive, consumer, telecommunications, military, aerospace, and medical markets. Its product innovations, successful acquisition strategy, and ability to provide "one-stop shop" service have made Vishay a global industry leader. Vishay can be found on the Internet at http://www.vishay.com.

STW and MRS decide to cooperate