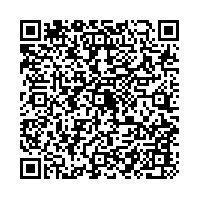 Compared to larger-size bridge rectifiers on the market, the advanced thermal construction of the PowerBridge devices allows heat to dissipate more efficiently. The PowerBridge rectifiers are thus able to provide the same power ratings as larger packages while requiring smaller heat sinks.

Samples and production quantities of the new PowerBridge rectifiers are available now, with lead times of six weeks for large orders.

Vishay Intertechnology, Inc., a Fortune 1,000 Company listed on the NYSE (VSH), is one of the world's largest manufacturers of discrete semiconductors (diodes, rectifiers, transistors, and optoelectronics and selected ICs) and passive electronic components (resistors, capacitors, inductors, sensors, and transducers). These components are used in virtually all types of electronic devices and equipment, in the industrial, computing, automotive, consumer, telecommunications, military, aerospace, and medical markets. Its product innovations, successful acquisition strategy, and ability to provide "one-stop shop" service have made Vishay a global industry leader. Vishay can be found on the Internet at http://www.vishay.com.