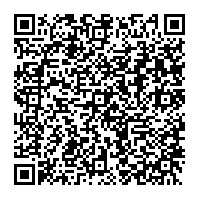 (PresseBox) ( London, UK, 12-01-17 )
Virsto® Software, an innovative provider of VM-centric storage hypervisor software, today announced the general availability of Virsto for vSphere, and Virsto for Hyper-V 2.0. With these releases, Virsto delivers advanced storage capabilities for server virtualisation to extend the benefits of virtualisation beyond the server, transforming them into storage hypervisors. Virsto for vSphere, and Virsto for Virtual Servers, Hyper-V Edition, 2.0 allows users to improve both the efficiency and the performance of physical storage by up to 90 percent, accelerate virtual machine (VM) storage provisioning and management by over 90 percent, and reduce the cost of storage in virtual environments by up to 70 percent.

The Emergence of the Storage Hypervisor
Just as the hypervisor did for servers, the storage hypervisor meaningfully improves the utilisation of hardware capacity and drives down the costs of application deployment while providing greater business agility. IT organisations and builders of cloud infrastructure benefit enormously from server hypervisors, and are now turning their attention to the last bastion of inefficiency, high cost, and clumsiness, which is storage. These organisations are seeking the benefits of hypervisor for storage.

Achieve both Cost Savings and Management benefits with Desktop Virtualisation
Compared to physical desktops, desktop virtualisation initiatives promise to deliver both cost savings as well as end-point management benefits. Virsto removes the largest impediment to cost-effective VDI by reducing the cost of storage per virtual desktop by up to 70 percent and provides integrated provisioning wizards for VMware View that simplify and accelerate provisioning and patching thousands of high performance, thin-provisioned virtual desktops.

Deliver Cost-Effective, Agile Storage for Private and Public Clouds
Virsto helps IT organisations achieve the twin goals of cloud initiatives: enormous capital and operating cost reduction with increased self-service and agility. Virsto enables the automation of storage provisioning and reclamation processes when virtual machines are spun-up and down in a dynamic cloud environment, while removing the inefficient storage management workflows between server and storage functions by enabling storage self-provisioning for server and desktop teams. Virsto helps organisations increase utilisation of existing storage by up to 90 percent, while improving VM performance by up to 10x, enabling significant improvements in virtualisation density, thereby lowering the overall infrastructure costs.

Supporting Quotes
"The major limiting factor for expansion of our virtual desktop pilot has been the cost of storage necessary to meet performance and space requirements. The integration of Virsto's storage hypervisor solution to our VMware View virtual desktop environment at SDSU will benefit students, faculty and our campus community by assuring continued operational stability and allow for digitisation and virtualisation initiatives to proceed, ensuring reliable access to research material via dependable, modern equipment."
- Kyle E. Murley, Lead of Library Digital Initiatives, San Diego State University

"In simple terms the plot-line for 'storage hypervisors' is akin to that for server hypervisors - but obviously affecting a different part of the IT infrastructure....and we all know how successfully that story has played out. But storage hypervisors are not merely a reflection of a technical possibility, they also serve an acute need that server virtualisation environments have - and that is the need for higher utilisation levels, improved performance and management efficiencies for storage in those environments. Virsto's storage hypervisor is a software abstraction that can reduce both capital and operational expenses while, just as importantly, making the ongoing provisioning and management of storage for virtual machines more efficient as well."
- Mark Peters, Sr. Analyst, Enterprise Strategy Group, Inc

"There are several trends in storage that will intersect to enact a major shift in the market this year. Virsto is uniquely positioned to accelerate the highest priority enterprise initiatives including private cloud and virtualisation, by supporting the trends of multi-hypervisor adoption and more extensive virtualisation in the data centre. Virsto is all about changing the economics of storage in virtualised environments."
- Mark Davis, CEO, Virsto Software

"In many organisations, to get access to a virtual desktop, end users or their bosses have to call the service desk and wait while a human twists the knobs and pushes the buttons to provision instances. Meanwhile, on the back end, dozens of virtual desktop images are laboriously maintained and assembled one by one for each department or group."