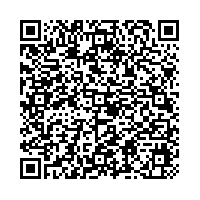 (PresseBox) ( New York | Heidelberg, 17-04-21 )
Cryptocurrencies are on the rise, and blockchain protocols are taking the world by storm. Ethereum is an open-source public blockchain featuring smart contracts and which uses the Turing-complete scripting language Solidity. The open source Ethereum protocol was first proposed in 2013, along with its native cryptocurrency ether. Since then ether has grown to become the second largest cryptocurrency by market capitalization after bitcoin. Introducing Ethereum and Solidity, written by Chris Dannen and published by Apress, compiles the basic technical principles underlying Ethereum and situates the project within the existing world of hardware and software.

The book familiarizes readers with blockchain programming paradigms, and introduces the programming language Solidity. With this book as their guide, readers will be able to learn the foundations of smart contract programming and distributed application development.

The author starts out by reviewing the fundamentals of programming and networking, and describing how blockchains can solve long-standing technology challenges. The book also outlines the new discipline of crypto-economics, the study of game theoretical systems written in pure software. Readers are then guided into deploying smart contracts of their own, and learning how those can serve as a back-end for JavaScript and HTML applications on the web.

“Unlike other tutorials, Introducing Ethereum and Solidity is written for both technology professionals, financial services professionals, and enthusiasts of all levels. It provides creative technologists with a gateway from concept to deployment,” says the author.

Chris Dannen graduated from the University of Virginia. He is founder and partner at Iterative Instinct, a hybrid investment fund focused on cryptocurrency trading and seed-stage venture investments. He worked previously as a business journalist and corporate strategist. A self-taught programmer, he holds one computer hardware patent. Chris Dannen was formerly a Senior Editor at Fast Company and today consults on technical content for major publishers.