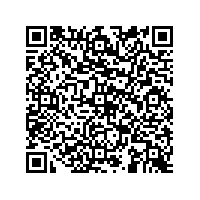 New Records for Most Messages Per Day, Quarter, and Half-Year Posted as VeriSign Closes in on its 100 Billionth Mobile Message of 2008

Through June 30, 2008, VeriSign's combined mobile messaging networks delivered 95.4 billion Inter-carrier Short Message Service (ICSMS) messages in the calendar year, eclipsing the previous record for text messages in the first half of any year. VeriSign's network also set a single-day record by enabling 648 million texts over a 24-hour period and a one-hour record of 42 million messages.

"As mobile messaging usage continues to grow at a rapid pace, consumers and operators are demanding secure and reliable delivery of their messages. VeriSign continues to raise the bar by providing unparallel service and delivery at scale with 99.999-plus percent availability in the past 18 months and 100 percent availability for the last nine months," said Charles Landry, vice president and general manager, Products and Innovation, for VeriSign's Messaging and Mobile Media division. "This is critical, because as texting traffic will only continue to grow, service providers and end users will need a network that they can count on."

VeriSign offers one of the most robust, scalable and reliable mobile messaging delivery engines in the world, connecting to more than 600 carriers and reaching more than 2.4 billion wireless subscribers.across carrier, enterprise, and media/entertainment networks. VeriSign's combined mobile messaging networks power inter-carrier mobile messaging for seven of the top ten wireless carriers in North America and many other major operators throughout the world. The network generates billions of dollars in revenue for its customers.

Application to person messages (A2P), such as news alerts, ring tones, promotional video clips, and enterprise messages sent to mobile users, also rose sharply in Q2 2008, from approximately 186 million messages in Q1 2008 to approximately 249 million messages in Q2 2008, an increase of close to 33 percent. Contributing to this growth were increases in the steady adoption of mobile banking services by VeriSign's customers, including 7 of the top 10 banks in the United States and a 30 percent increase in traffic volumes for standard and premium A2P traffic messages carried in Europe.

VeriSign, Inc. (NASDAQ: VRSN), operates digital infrastructure services that enable and protect billions of interactions every day across the world’s voice, video and data networks. Additional news and information about the company is available at www.verisign.com.