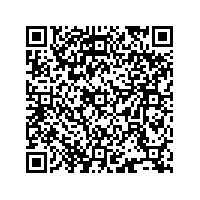 (PresseBox) ( Leipzig/Zörbig, 10-08-12 )
VERBIO Vereinigte BioEnergie AG increased its biofuel sales to the domestic blending market with 264,279 tons corresponding to 16 per cent compared to the halfyear 2009. In the first six months of 2010 sales were reached in the amount of EUR 243.1 million (1 HY 2009: 247.0 million). The Group result (EBIT) stood at EUR 7.7 million (1 HY 2009: -11.2 million). The improvement in EBIT in the amount of EUR 18.9 million mainly results from the bioethanol and the energy segment. In the bioethanol segment the result primarily increased due to improved yields and significant cost reductions. In the energy segment the sale of seven wind power plants (EUR 4.5 million) contributed to that outstanding result. The result for the period amounted EUR 5.4 million after EUR -16.2 million in the first half-year 2009. The Management Board still expects a significant increase in sales and positive earnings before interest and tax (EBIT) in the higher single-digit euro region in the financial year 2010.

The financial conditions of the VERBIO Group are stable. At June 30, 2010 liquid funds amounted to EUR 42.9 million and the equity ratio was at 73 per cent.

In the same period, 90,113 tons (1 HY 2009: 79,508 tons) were produced in the bioethanol segment and therefore with 10,605 tons respectively 13 per cent above the comparable previous period. Compared to the previous year this is because of increased demand and gained market shares. Due to higher sales and market prices, sales increased by 16 per cent to EUR 69.0 million (1 HY 2009: EUR 59.5 million). The segment result (EBIT) in the amount of EUR 3.7 million was EUR 14.3 million above the figure of the first half-year 2009 (EUR -10.6 million) and is compared to the previous year positively influenced by lower cost of materials. Compared to the first quarter of 2010, sales and segment result increased respectively improved further in the second quarter of 2010.

In the first half-year of 2010, the energy segment comprise of sales in the amount of EUR 4.9 million (1 HY 2009: EUR 9.0 million). The decline in sales results from less operating wind power plants. The segment result (EBIT) was with EUR 5.8 million clearly above the comparing previous year (1 HY 2009:EUR 0.7 million) and contains book profits from the sale of wind power plants in the amount of EUR 4.5 million.

On July 6, 2010 the first biogas plant started operation in Zörbig. Not just politicians but also economists and research and development partners recognised the viability of combining the biogas and bioethanol production in a very functional and extensive way.

For 2010 VERBIO is striving to further expand of our market share in both the biodiesel and bioethanol segment. VERBIO aims to achieve full utilisation of the existing biodiesel and bioethanol production capacities. Additional opportunities in respect of sales and cost optimisation arise when the biogas plants located in Zörbig and Schwedt/Oder start full operation. Both plants went on stream as scheduled and produce first amounts of biogas. This biogas has to be feed-in into the natural gas distribution system from August 2010.

Assuming that raw material prices remain stable, a significant increase in sales and positive earnings before interest and tax (EBIT) in the higher single-digit euro are expected by the Management Board for the financial year 2010. The share of sales contributed by the production and feed-in of biogas will be approximately EUR 6 million. Essential contributions to result are strived by first revenues from the biogas plants and therewith connected savings by running these plants as well as the possible sales of further wind power plants.

VERBIO is one of the leading producers and suppliers of biofuels and also the only industrial-scale producer of biodiesel and bioethanol in Europe. Nominal capacity amounts to around 450,000 tons of biodiesel and 300,000 tons of bioethanol per year. Currently, VERBIO is realizing biogas projects to make use of the residual materials of the bioethanol production. The company has developed its own processes and innovative technologies for the production of biodiesel, bioethanol and biogas. It supplies its products directly to European mineral oil corporations, mineral oil traders, independent gas stations and haulage companies. VERBIO AG also markets high-quality pharma glycerin for the consumer goods and cosmetic industries (glycerine is a by-product of biodiesel production). Within the Group, VERBIO AG acts as the management holding company. The Group's operating business is run by its subsidiaries: VERBIO Diesel Bitterfeld GmbH & Co. KG, VERBIO Diesel Schwedt GmbH & Co. KG, VERBIO Ethanol Zörbig GmbH & Co. KG, and VERBIO Ethanol Schwedt GmbH & Co. KG.