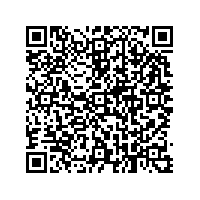 In times of global political uncertainty, manufacturers and suppliers expand their facilities in China / Auto Shanghai 2017 / Over 20 suppliers at the German pavilion

It is my pleasure to welcome you most warmly to the VDA’s press conference here in the German pavilion at the Auto Shanghai 2017. The pavilion accommodates over 20 medium-sized German suppliers. Numerous large supply companies from Germany are also present here in Shanghai with their own exhibition stands. Germany therefore offers an exciting overall view of the automotive value chain. The great expertise and strong drive for innovation in the German automotive supply industry are key features at this trade show.

This joint pavilion is supported by the German Federal Ministry for Economic Affairs and Energy (BMWi). We wish to thank AUMA (the Association of the German Trade Fair Industry), the trade show organizer IMAG, and you, Consul General Rothen, for the excellent cooperation.

The German Association of the Automotive Industry (VDA), headquartered in Berlin and with offices in Brussels and Beijing, has more than 600 member companies. One special feature that sets the VDA apart from its sister organizations around the world is that we unite both vehicle manufacturers and suppliers under a single umbrella. With more than 500 firms, the suppliers make up the largest group within the VDA. Supply companies also account for a large proportion of the research and development work in our sector that undertakes almost 35 percent of all R+D activities in German industry.

Last year the German automotive industry produced 15.8 million passenger cars worldwide, 10.1 million of them at foreign plants, which is nearly twice as much as at home. This means that around one fifth of all cars built anywhere in the world in 2016 bear a German group badge.

German manufacturers and suppliers have their own production facilities in over 70 countries around the globe. According to our latest member survey, the VDA’s member companies now have over 2,440 production plants in countries other than Germany, which means that they have increased the number of their plants by 40 percent compared with 2010. The number of production sites of German auto makers here in China has actually more than trebled since the beginning of the decade –from 8 factories to 29.

In 2013 the passenger car market in China overtook the US light vehicle market and since then it has been the world’s largest. Since the beginning of this decade alone, the market here has more than doubled in size –from 11.3 million passenger cars in 2010 to around 23.7 million in 2016 (+18 percent compared with 2015).

The German OEMs have matched the speed of this meteoric growth. Whereas in 2010 they sold just under 2 million passenger cars in China (1.97 million), last year a good 4.5 million cars from German group brands were newly registered in China (+13 percent compared with 2015). Their market share exceeds 19 percent.

In the first quarter of the current year, the Chinese passenger car market showed considerable growth –of 6 percent to 5.8 million new vehicles. For the year as a whole we expect to see an increase of 5 percent to 24.9 million units. So China is within striking distance of the 25 million mark.

The good position of the German vehicle industry in China depends crucially on the great majority of our cars being built here in China for China. Our companies’ passenger car production in China came to 1.8 million units in 2010, yet by 2016 the figure had risen to almost 4.6 million cars (15 percent up on 2015) –i.e. two and a half times as much.

Accordingly, passenger car exports to China are less important for the German producers. In 2016 they amounted to just over 232,600 units. This means that for every car that we export to China, our manufacturers build 20 cars here in China.

This small proportion of exports within total passenger car sales by German OEMs in China is due both to the impressive growth of the vehicle market supported by German direct investment, and to the trade-policy conditions. China levies duty of 25 percent on imported passenger cars, and 20 to 25 percent on commercial vehicles. To add to this, the Chinese Government has brought in other incentives for producing locally. The automotive sector has an important role in the "Made in China 2025" strategy. Here German companies are important partners of the Chinese automotive industry.

In the future the VDA members expect to have even more cooperation with China, with great significance being attached to the basic principles of the WTO, such as market access without discrimination, and reliable legal conditions. Around the world, direct local investments and accessible markets for free trade remain two sides of the same cooperation coin. We are working on the expectation of close cooperation in the WTO and successful negotiations with the European Union for a bilateral investment agreement.

We accord China increasing weight and growing importance when it comes to shaping trade and globalization in the future. In times of worldwide uncertainty and increasing protectionism, our partnership with China now has a huge opportunity to expand these aspects to the benefit of Germany and the EU. We regard China’s latest statement at the World Economic Forum in Davos in support of free world trade also as part of this, just like the close cooperation in the fields of "new mobility" and "new energy vehicles." Here we wish to see sustainable and competition-neutral regulatory conditions that allow us to achieve our goals by working together.

German suppliers have a clear presence in China

The German suppliers have supported the German passenger car manufacturers from the very beginning and enabled them to become established here. They were present here at an early stage, and all the major German suppliers are active in China. In China alone there are currently 315 plants of German suppliers, which means they have expanded their presence here by 75 percent since 2010 (180 plants). In recent years more medium-sized enterprises have also started operating here. Their customers include –alongside the German brands –also international and Chinese vehicle makers. German suppliers have

continued creating new jobs here and their workforce has shown strong double-digit growth in recent years, so that it now exceeds the 100,000 mark.

We see this strong German presence both in and surrounding the German pavilion as an expression of the clear desire of the companies in the VDA to continue extending their activities here on the world’s largest passenger car market. In view of worldwide new political uncertainties in many regions of the world, that is a powerful signal in China on the occasion of the Auto Shanghai. And the conditions for it are favorable: China remains on a path of growth and the quality of German engineering is obviously still very popular among Chinese customers.

China is a trend-setter in the field of electric mobility, too. There is no other country where more new electric cars are being registered. In 2016 the total came to about 338,400 vehicles (plug-in hybrids/PHEVs, battery-electric vehicles/BEVs), which was a rise of 64 percent over the previous year. Just for comparison: the Western European market for e-cars has a volume of three fifths of that (207,300). The proportion of electric cars within the total passenger car market in China is 1.4 percent.

Here there is also future potential for us, the German automotive industry. Whereas the German group brands have a share of 50 percent on the Western European market for electric cars, our market share in China still has room for expansion (2 percent in 2016). Until now the Chinese electric car market has been dominated by domestic brands. Yet during the coming years the German manufacturers will launch more electric models onto the market, in many segments, and in all cases with a much greater range. We are confident that we can increase our market share.

Looking ahead to the 67th IAA Cars in Frankfurt am Main

The Auto Shanghai is one of the most exciting automotive trade shows in Asia. And I hope to see you again at the 67th International Motor Show (IAA) Cars.

The VDA organizes the IAA, which will open its doors in Frankfurt am Main in September. In addition to further improvements in efficiency –above all electric mobility and CO2 reductions –the focus will be on digitization in particular, that is, connected and automated driving.

The IAA is "the" competitive marketplace for brands and innovations. It is the only large A-category trade show in the world to showcase the entire value chain, and since 2015 it has also included the New Mobility World devoted to the new mobility-related topics. In total over 50 passenger car brands have registered for the exhibition, including the largest OEMs from Europe, the US and Asia. Many hundreds of suppliers will join them.

The "New Mobility World" puts the megatrends of electric mobility and digitization center stage at the IAA. So we are also opening the show for exhibitors who are new to this market. In 2017 the New Mobility World will be the place for the new mobility ecosystem, with major technology and IT companies, startups and established players. They will include Siemens, IBM and T-Systems, Qualcomm, Sony, NXP and TomTom, to mention just a few. The innovations in the field of digitization, automated driving and electric mobility will not be confined to Hall 3.1, but can also be experienced in action on the open-air site ("Agora").

Of course the international press is most welcome at the IAA. Please note the dates of the 67th IAA Cars in Frankfurt: it will take place from September 14 to 24, 2017, and the Press Days will be September 12 and 13. Its slogan will be "Future now." You will find comprehensive further information at www.iaa.de.

But now back to the Auto Shanghai: I wish all the exhibitors a successful show!