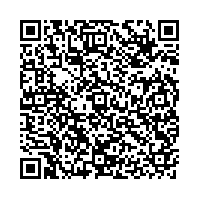 Deal of the year: Ventizz honored with Private Equity Award from Deutsche unquote"

Subscribe to news
(PresseBox) ( Düsseldorf/St. Gallen, 08-10-31 )
Ventizz Capital Partners is one of this year's prize-winners for the Private Equity Award from Deutsche unquote". The prizes were awarded yesterday evening in the Hotel Bayerischer Hof in Munich. The company beat off its competitors in the category "Small/Mid-cap Exit of the Year" in the Germany/Austria/Switzerland region. Ventizz was awarded the prize for its participating interest in, further development and subsequent sale of its interest in ersol Solar Energy AG.

The jury's decision included corporate divestitures by private equity companies in the German-speaking region from July 1, 2007 to June 30, 2008. The entire investment cycle was considered - from the creation of the agreement on the participation interest through to the sale of the interest. Mareen Goebel, editor with Deutsche unquote", commented during her speech at the award ceremony:"The judges felt that Ventizz's investment in ersol was a dream investment and a picture perfect private equity story, as Ventizz had developed a hidden jewel into a global player". Particular attention was paid to the growth in the company's value during the period in which the private equity company held its interest. The prize was awarded for the second time since 2007 by the private equity magazine Deutsche unquote".

Ventizz invested in ersol Solar Energy AG for the first time in December 2004. Ventizz then supported the solar cell manufacturer in growing and expanding its business, including via two add-on investments, before it successfully went public on September 30, 2005 with a partial exit at a price of EUR 42 per share. In June 2008, Ventizz went on to sell its remaining interest of slightly more than 50% in ersol at a price of EUR 101 per share and a total of around EUR 550 million in cash to Robert Bosch GmbH. From Ventizz' perspective, Bosch is strategically highly suitable as a partner for the transfer of the company to a new majority shareholder in order to continue the expansion work that Ventizz has supported and also the company's strong growth to date, thus also further developing the company on a sustainable basis in future.

"We are proud to have been honored with this award, and believe that it recognizes the work we have done. ersol was certainly an excellent investment for Ventizz. However, over the past few years we have also successfully supported many other highly interesting high growth companies, such as PV Crystalox Solar and SAF AG," commented Dr. Helmut Vorndran, Ventizz Capital Partners Advisory AG's CEO and Managing Partner. The company exclusively advises the private equity fund Ventizz Capital Fund I-IV L.P with a total fund volume of EUR 675 million. Prior to its divestiture, ersol Solar Energy AG was included in Ventizz Capital Fund II, LP's portfolio.

The private equity funds that Ventizz advises primarily invest in small and medium-sized high-growth companies in Germany, Austria and Switzerland. The investment focus is on the renewable energy segment, medical technology, information and communication technology and other branches of industry which offer high value added. Ventizz Capital Fund IV L.P. is the largest of the four funds set up to date. After a six-months of fund-raising, this fund was closed at the end of 2007 with a volume of EUR 450 million and is thus one of the largest private equity funds for venture capital and medium-sized tech buy outs in the Germanspeaking region.

Ventizz Capital Partners was formed in 2000 and has offices in St. Gallen and Düsseldorf.
The company exclusively advises private equity funds that mostly invest in buy-out transactions and high-growth opportunities in small and medium-sized high-tech companies in the German-speaking region. Ventizz has three partners: Dr. Helmut Vorndran, Reinhard Löchner and Willi Mannheims. Together with a team of twelve professionals they currently advise four funds with capital totaling EUR 675 million. To date, Ventizz has invested in 29 companies focusing on renewable energy, medical technology, information and communication technology and on other branches of industry offering high value-added. In addition to a large number of trade sales, Ventizz has successfully placed three of its participating interests (Ersol, SAF, PV Crystalox Solar) on the stock exchange.

On the Internet at: www.ventizz.com