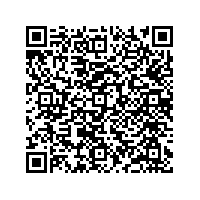 (PresseBox) ( Hannover, 13-04-11 )
fuel cell industry is optimistic about the future: based on an industry survey by the Fuel Cell Council of the German Engineering federation VDMA, presented on Thursday at the Hannover Messe fair, the companies expect sales to exceed a billion in 2020. This trend had already begun to emerge in the 2011 survey, and is even more clearly visible now - instead of a good billion Euros, companies now expect sales to reach nearly two billion Euros.

Significant increase in sales forecast for 2020 despite short-term delay

Across the entire market, in 2013 the €100 million revenues may be exceeded just with fuel cells for power generation - not including the fuel cells used in operating cars and buses. In the last survey in 2011, respondents expected these revenues to be reached in 2012. In fact, the fuel cell industry in Germany generated revenues of about €80 million in the domestic, industrial, auxiliary and backup power sectors in 2012. While the longer-term expectations have risen significantly, the VDMA Fuel Cell Council's latest barometer shows slight delays in the short- to medium-term introduction of the technology. Expectations for 2015 were also slightly down from the 2011 survey, but the trend is still very positive: the 2013 survey results indicate that German manufacturers are seeing high double-digit growth from 2013. For 2020, the manufacturers are expecting - on a much sounder base than in the 2011 survey - sales of nearly two billion Euros, as compared to 1.2 billion Euros in the previous survey.

Current employment and employment forecast for 2020 higher than expected

The current figures for direct employment in the German fuel cell industry and the prognosis for employment are higher than previously expected. "Already, more than 1,500 people work for the companies surveyed. By 2020, over 6,000 people in Germany can be employed in fuel cells for stationary applications and early markets alone," says Johannes Schiel, Managing Director of the VDMA Fuel Cell Council. Two years ago, manufacturers had expected the sector would employ approximately 5,000 people by the year 2020. Transport applications are not yet included in the survey, and are expected to contribute strong additional turnover and employment figures. The export ratio, which is already at a decent 28 percent given the early stage of the industry, will rise towards 50 percent by 2020 and underscores the sustainability of the German fuel cell industry.

The number of still mostly small fuel-cell systems for early markets will increase from about 4,000 in 2012 to nearly 14,000 in 2015, to about 100,000 in 2020, in ever-increasing capacity ranges. Towards 2020, however, on-site stationary fuel cells will become increasingly important and will overtake the 'early markets' in terms of units and installed capacity. In the area of domestic energy, last fall a study by the Institute for Energy and Environmental Research in Heidelberg developed scenarios for the ecological and economic importance of fuel cell-based electricity and heat generation in single-family residences, which were now confirmed by the VDMA fuel cell survey. Guido Gummert, CEO of Baxi Innotech and Chairman of the VDMA Fuel Cell Council, sums up the manufacturers' expectations as follows: "We are expecting at least 70,000 fuel cell heating systems for installation in Germany in 2020, and a similar volume for export. Therefore, together with the many larger systems in commercial buildings and industrial applications, fuel cells with a total power capacity exceeding 200 MW will be newly installed in Germany in 2020, meaning that fuel-cell systems will become a significant factor in the energy economy."

The positive prognoses show that commercialisation is already well on track, despite a slight delay - the technologies are mature and costs have already fallen significantly. The German government's National Innovation Programme for Hydrogen and Fuel Cell Technologies (NIP), which has supported the manufacturers of systems and components for stationary applications and early markets with rationally calculated funds in the last five years, has a strong part in this. The slightly subdued forecasts for 2015 indicate, however, that barriers to the introduction of the technology still exist, which need to be removed in order to further the learning curve and leverage economies of scale. "Fuel cell manufacturers and their suppliers need reliable energy policies in order to reduce costs and optimise systems - above and beyond the current NIP," say Johannes Schiel and Guido Gummert, summing up the situation.

The fuel cell industry in Germany is growing: The country's industry and government have recognised the relevance of fuel cell technologies for the shift to renewable and efficient energy in buildings, onboard and emergency power supply. With the results of the 2013 survey, the VDMA Fuel Cell Council delivers representative indicators of the market development, degree of technology maturity, and industrial clout of fuel cells. This stocktaking and forecast provide a basis for taking decisions in the further development of the fuel cell industry in German, and highlight the fledgling industry's importance to the energy economy and the industry.

The VDMA supports 60 leading manufacturers and suppliers of fuel cells in expanding the industrial network to optimise systems and components, and in political lobbying. The VDMA Fuel Cell Council coordinates the fuel cell industry with the aim of expanding value creation and employment in Germany, and works with policymakers to develop strategies for the market penetration of fuel cells. A technological edge and a stable home market are crucial to the chances of German manufacturers in the global marketplace.

One fits all: BITZER ECOLITE 2.0