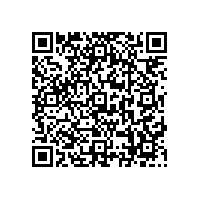 DIGIPASS CertiID is a client-based software suite using PKI-technology to sign transactions or confidential documents. It addresses specific needs for authentication in banks, enterprises and governments.

For the use in corporate environments DIGIPASS CertiID provides an answer to the growing need for solutions to secure data and information on laptops. With DIGIPASS CertiID, computers can be locked, files and disks can be encrypted, e-mail and data transactions can be signed. OTP functionality has been added to the new version of DIGIPASS CertiID. PKI and OTP are both managed by one platform, using a single device. The combination of PKI and OTP on one device allows companies to use OTP for specific applications (remote access, log-on to applications ...) whereas at the same time PKI can be used for other applications (document signing, file encryption, ...).

The use in financial institutions has been further enhanced thanks to the IdenTrust Rule Set compliance. The IdenTrust Rules Set governs how member banks issue and validate globally interoperable digital certificates. IdenTrust's trusted role in electronic transactions is to provide the identity network that issues and verifies the authenticity of the digital certificates used by the originator and recipient of the transaction, as well as to ensure the transaction is non-repudiable and legally-binding worldwide. With the compliance, banks using IdenTrust now can deploy DIGIPASS CertiID and DIGIPASS® Key1 to end-users.

The new DIGIPASS CertiID Setup Builder ensures more simplified deployment: it allows customized set up allowing users to install only those options which they really need. Download and installation time have significantly been reduced. Integration with third party solutions, CMS or existing applications has been simplified thanks to the DIGIPASS CertiID Software Development Kit which is included in the solution. Also, the IdenTrust compliance makes DIGIPASS CertiID effortlessly compatible with IdenTrust-ready applications.

Other new features include: support for Windows 7, file encryption with Microsoft Vista, a new workflow to issue smartcards, PIN and PUK management, simplified certificate roll out, the management of security policies for use in corporate environments.

When combining the use of PKI with OTP, customers will need to install VASCO's authentication server technology (VACMAN® Controller, VACMAN® Middelware or IDENTIKEY®) to offer event and time based OTP capability next to PKI-functionality. The new version of DIGIPASS CertiID offers response only and challenge/response OTP functionality. The provisioning can be done in online and offline mode. In offline mode the end user registers his name and device number on a webpage. In doing so, he will receive a serial number and activation code which he will import into the DIGIPASS CertiID application. Online provisioning is foreseen for large deployments to be handled by IT-departments.

DIGIPASS CertiID uses a smart card or USB device (DIGIPASS Key1) for PKI-based strong authentication and digital signature. Whenever a document or e-mail requires signing, a PIN code will be asked in order to access the certificates on the smartcard or USB token. DIGIPASS CertiID supports multiple Certificate Authorities (IdenTrust, Verisign, Microsoft, Entrust, Cybertrust, ...) and several logins (Web, Window, Citrix, ...) which can be managed on a single device.

DIGIPASS CertiID is also available as a software development kit, allowing integrators and application developers to natively integrate PKI functionality into their application.

"The need for data security is ever growing, VASCO is responding to this need with innovative solutions. DIGIPASS CertiID is a nice example of our continued investment in more secure solutions. DIGIPASS CertiID combines OTP with PKI technology, thus responding to a growing need for user-friendly portable authentication with document signing and file encryption capability", says Jan Valcke, President and COO at VASCO Data Security.

VASCO is a leading supplier of strong authentication and e-signature solutions and services specializing in Internet Security applications and transactions. VASCO has positioned itself as global software company for Internet Security serving a customer base of approximately 9,000 companies in more than 100 countries, including almost 1,300 international financial institutions. VASCO's prime markets are the financial sector, enterprise security, e-commerce and e-government.