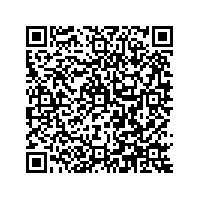 Operational and Other Highlights:

- VASCO enhances its presence in the Australian and New Zealand market by partnering with Westcon Group.

VASCO is revising its guidance for the fullyear 2010 as follows:

"While discussions with customers, both existing and new, regarding potential new projects remained strong, the number of units shipped in the second quarter of 2010 fell short of our expectations," stated T. Kendall Hunt, Chairman & CEO. "The shortfall was primarily in the European banking market where the recovery is progressing more slowly than we had expected. Revenue growth in the second quarter from banking markets outside of Europe, as well as the growth in our enterprise security business, however, continued to meet our expectations. We also made good progress in the development of new products and in the preparation for the launch of our authentication services product line."

"Based on both the number and size of new projects being discussed, as well as the number of proposals we have tentatively won pending the completion of purchase agreements, we remain confident that growth will return in the banking market and we expect to see an increase in deliveries in late 2010 or early 2011," said Jan Valcke, VASCO's President and COO. "We continue to invest aggressively in new people, products and the infrastructure needed to support our anticipated future growth."

To participate in this conference call, please dial one of the following numbers:

And mention VASCO to be connected to the conference call.

EBITDA is a non-GAAP financial measure within the meaning of applicable U.S. Securities and Exchange Commission rules and regulations. We use EBITDA as a measure of performance, a simplified tool for use in communicating our performance to investors and analysts and for comparisons to other companies within our industry. As a performance measure, we believe that EBITDA presents a view of our operating results that is most closely related to serving our customers. By excluding interest, taxes, depreciation and amortization we are able to evaluate performance without considering decisions that, in most cases, are not directly related to meeting our customers' requirements and were either made in prior periods (e.g., depreciation and amortization), or deal with the structure or financing of the business (e.g., interest) or reflect the application of regulations that are outside of the control of our management team (e.g., taxes). Similarly, we find that the comparison of our results to those of our competitors is facilitated when we do not need to consider the impact of those items on our competitors' results.

EBITDA should be considered in addition to, but not as a substitute for, other measures of financial performance reported in accordance with accounting principles generally accepted in the United States. While we believe that EBITDA, as defined above, is useful within the context described above, it is in fact incomplete and not a measure that should be used to evaluate our full performance or our prospects. Such an evaluation needs to consider all of the complexities associated with our business including, but not limited to, how past actions are affecting current results and how they may affect future results, how we have chosen to finance the business and how regulations and the other aforementioned items affect the final amounts that are or will be available to shareholders as a return on their investment. Net income determined in accordance with U.S. GAAP is the most complete measure available today to evaluate all elements of our performance. Similarly, our Consolidated Statement of Cash Flows, which will be filed as part of our annual report on Form 10-K, provides the full accounting for how we have decided to use resources provided to us from our customers, lenders and shareholders.

Reference is made to the VASCO's public filings with the U.S. Securities and Exchange Commission for further information regarding VASCO and its operations.

This document may contain trademarks of VASCO Data Security International, Inc. and its subsidiaries, including VASCO, the VASCO “V” design, DIGIPASS, VACMAN, aXsGUARD and IDENTIKEY.

VASCO is a leading supplier of strong authentication and esignature solutions and services specializing in Internet security applications and transactions. VASCO has positioned itself as global software company for Internet security serving a customer base of approximately 10,000 companies in more than 100 countries, including approximately 1,500 international financial institutions. VASCO's prime markets are the financial sector, enterprise security, ecommerce and egovernment.