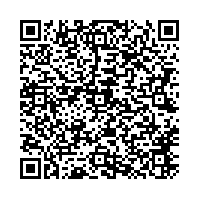 Subscribe to news
(PresseBox) ( San Francisco, CA, 13-03-28 )
The Royal Society is looking for experienced games development studios to take part in new initiative that will turn some of the research on show at its annual Summer Science Exhibition into video games. The Royal Society will host a 12 hour game jam on 24th May that will see developers work with the scientists behind exhibits to produce five exciting new games.

Unity Technologies, a games development software company, will support the Royal Society in creating fun interpretations of the science that will be on show at this year's Exhibition. Of the 23 exhibits taking part this year, 5 will be selected to take part in the game jam. The Royal Society is partnering with indie game distribution portal, IndieCity, to share the games produced at the jam.

The game jam will take place at the Royal Society in London. Five development teams of up to 4 developers will be partnered with the selected exhibitors for an all-day game jamathon from 10am - 10pm. Each development team will receive £2,000 to further develop their games after the game jam so that they are ready to be played at the Summer Science Exhibition which runs from 1st - 7th July. The games will be available free online and at the exhibition itself so that the public can cast votes for their favourite game. The team that receives the most votes will receive an additional £2,000 to further develop the games once the Exhibition closes.

"The Summer Science Exhibition is one of the highlights of the Royal Society's year. It provides a unique opportunity for members of the public to interact with scientists and ask them questions about their work. We're very excited to be introducing a new element to the Exhibition this year in the form of the Games Jam. An increasing number of exhibitors have used games as a way of communicating their science over the last few years and we're hoping that by giving some of them an opportunity to be part of the Games Jam it will bring state-of-the-art creativity and innovation to their video games and some fantastic news ways of bringing their cutting-edge research to life for our visitors. I'm really looking forward to playing with what's created on the day!"

The Royal Society invites the UK's talented games development sector to join it in communicating the fun and fascination of science. Interested developers can find out more about the competition and how to apply from the Royal Society's website at bit.ly/RSgamejam .The event's Twitter hashtag is #RSgamejam

1. The Royal Society is a self-governing Fellowship of many of the world's most distinguished scientists drawn from all areas of science, engineering, and medicine. The Society's fundamental purpose, as it has been since its foundation in 1660, is to recognise, promote, and support excellence in science and to encourage the development and use of science for the benefit of humanity.

The Society's strategic priorities emphasise its commitment to the highest quality science, to curiosity-driven research, and to the development and use of science for the benefit of society. These priorities are:

3. IndieCity.com, a division of Blitz Games Studios, is a unique online marketplace committed to celebrating and supporting the indie community at all levels: highlighting the creativity, the passion and the people. The site aims to create one integrated indie community that draws together developers, fans and press to encourage the discovery, promotion and enjoyment of indie content of all shapes and sizes.
This project is being produced for the Royal Society by Auroch Digital (aurochdigital.com) in conjunction with Unity 3D and IndieCity. indiecity.com

4. Food and refreshments will be provided for participating developers on the day and reasonable travel expenses paid.

Unity Technologies is the creator of Unity, a flexible and high-performance development platform used to make creative and intelligent interactive 3D and 2D experiences. The "author once, deploy everywhere" capability enables developers to deploy to all of the most important platforms. Unity Technologies boasts a thriving community of 1.5 million developers including large publishers, indie studios, students and hobbyists. To remain at the forefront of innovation, Unity Technologies tirelessly re-invests in its award-winning 3D development tools and its democratization initiatives, such as the Asset Store digital content marketplace and Union game distribution service. Unity Technologies is headquartered in San Francisco and has offices in Canada, China, Colombia, Denmark, Finland, Germany, Japan, Korea, Lithuania, Singapore, Sweden, Ukraine, and the United Kingdom.