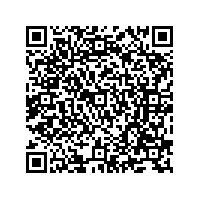 Subscribe to news
(PresseBox) ( San Francisco, CA, 12-07-03 )
Unity Technologies, provider of the Unity multi-platform engine and development tools, is excited to announce that veteran video games designer Peter Molyneux, member of the AIAS Hall of Fame and winner of the Lifetime Achievement Award at the Game Developers Choice Awards, will be headlining the keynote presentation at the Unite 2012 conference in Amsterdam on August 22nd. Additionally, the complete sessions list and schedule are now available for viewing at: http://unity3d.com/unite/sessions.

British born Peter Molyneux began his career as a video game designer in the early 80s and oversaw the development of many of gaming's most treasured series including Populous, Syndicate, Theme Park, Dungeon Keeper, Black & White, and Fable. After serving many years as Creative Director of Microsoft Games Studios, he recently opened a new development studio, 22Cans, with the hope of finding more freedom to create and experiment with innovative new game experiences. 22Cans have adopted Unity as their development platform and tool set of choice since opening the studio.

"I am greatly looking forward to speaking at the Unite Conference. It's an excellent opportunity to address developers from all facets of the games development community including those that are, like ourselves, independent developers looking to create wildly new experiences," said Molyneux. "Unity has allowed 22Cans to prototype and release in a remarkably short time. I'm excited to share these experiences and potentially inspire attendees to use the fast iteration enabled with Unity to be creative, take chances, and design games that will in turn inspire others."

The conference will kick off with an address from founders David Helgason, Nicholas Francis, and Joachim Ante in which they will comment on the state of the engine, tools, development community, and unveil new Unity initiatives and technology. Peter Molyneux will then take the stage to discuss the design philosophy behind 22Cans and how fast iteration can help create amazing new game experiences that can potentially push the industry in exciting new directions.

"At Unity we are lifelong fans of Peter Molyneux's games, and I can't wait to hear his thoughts on the evolution of the game industry," said David Helgason, CEO of Unity Technologies. "Peter is one of the coolest developers - and a great speaker - and we are extremely proud to count him amongst Unity users!"

Unite 2012, Unity's annual developer conference, is a time for Unity experts, professionals, and beginners to come together to learn and exchange ideas about the best practices for using Unity while networking and creating valuable relationships within the industry. In addition to the keynote, attendees can expect:

Unite 2012 will take place from August 22 - August 24 in Amsterdam and will be preceded by a Unity training day on August 21st, also in Amsterdam. To find out more info about Unite including a full session list across the programming, workflow, visual art, business, and marketing tracks and purchase tickets for the conference, training day, or both, please visit: http://unity3d.com/unite/.

Unity Technologies is holding Unite 2012, its sixth annual developer conference, August 22 - 30, 2012 at the Westergasfabriek in Amsterdam. Unite is an event for developers, publishers, enthusiasts and others interested in Unity to come together to learn more about the market-leading platform for creating high quality video games, training simulations, medical and architectural visualizations and other 3D interactive content -- and how to get the most out of it.

Unite 2012 offers three days of learning including advanced hands-on class tutorials, technical sessions and an opportunity to attend awesome parties. Unity Technologies will host a Unity Training Day on August 21, the day before Unite to give new and inexperienced users a foundation for Unity development. For more information on Unite 2012 and the Unity Training Day, visit: http://unity3d.com/unite/.

Unity Technologies is the creator of Unity, an intuitive and flexible development platform used to make wildly creative and intelligently interactive 3D and 2D content. The "author once, deploy everywhere" capability ensures developers can publish to all of the most popular platforms. Unity Technologies boasts a thriving community of 1,000,000 registered developers including large publishers, indie studios, students and hobbyists. Unity Technologies aggressively re-invests in its award-winning 3D development tools and democratization initiatives, such as the Asset Store digital content marketplace and Union game distribution service, in order to remain at the forefront of innovation. Unity Technologies is headquartered in San Francisco and has offices in Canada, China, Denmark, Lithuania, Sweden, the United Kingdom, Japan and Korea. For more information, visit: http://unity3d.com.