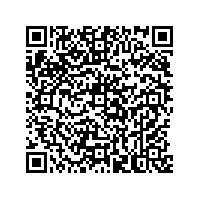 Subscribe to news
(PresseBox) ( San Francisco, CA, 12-01-17 )
Unity Technologies, provider of the Unity development platform for game, app, simulation and interactive 3D for the web, iOS, Android, consoles and beyond, and Nexon Korea Corporation, a leading global online entertainment company and publisher of microtransaction-based massively multiplayer online games, have reached an agreement that will clear the way for the Nexon to adopt the Unity game development platform on a massive scale across the publisher's development studios.

This broad agreement allows Nexon to license and deploy Unity across all of its global subsidiaries, and both access and modify the full complement of Unity products including source code.

"We couldn't be more excited that Nexon is making Unity a core tool in their pipeline," said David Helgason, CEO of Unity Technologies. "Having a global game publishing powerhouse like Nexon seek to expand their use of Unity across their developers is a great testament to how it can fulfill the needs of everyone from the tiniest indie to the world's most demanding studios."

For Unity Technologies, the deal marks a step forward into wide adoption of the Unity development platform by large publishers for use across their many development teams. It also marks yet another big step forward into the exciting culture of the Korea developer community through Nexon-sponsored events, conferences, and educational seminars.

"This partnership is an opportunity to enhance the developments of multi platform content that has been growing in importance in recent years," said Min Suh, CEO of Nexon Korea Corporation. "We look forward to building up the environment for the future growth of both Nexon and Unity through constant and active interaction."

Nexon Corporation is a pioneer of interactive entertainment software and the world's leader in massively multiplayer online games (MMOG). Nexon was founded in Korea in 1994 to bring the best in online entertainment to the world and is currently headquartered in Tokyo, Japan. The company services 57 online games in 104 countries. In 1996, Nexon developed the world's first graphic massively multiplayer online game (MMOG). Nexon also pioneered the microtransaction business model in 1999, in which play is free and users can purchase in-game items to enhance their gaming experience. KartRider, MapleStory, and Dungeon & Fighter are among Nexon's most popular franchises and have been played by more than 1.2 billion players worldwide.

Unity Technologies is the creator of Unity, an intuitive and flexible development platform used to make wildly creative and intelligently interactive 3D and 2D content. The "author once, deploy everywhere" capability ensures developers can publish to all of the most popular platforms. Unity Technologies boasts a thriving community of 750,000 registered developers including large publishers, indie studios, students and hobbyists. Unity Technologies aggressively re-invests in its award-winning 3D development tools and democratization initiatives, such as the Asset Store digital content marketplace and Union game distribution service, in order to remain at the forefront of innovation. Unity Technologies is headquartered in San Francisco and has offices in Canada, Denmark, Lithuania, Sweden, the United Kingdom, Japan and Korea. For more information, visit: http://unity3d.com.