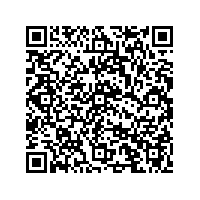 (PresseBox) ( Montabaur, 09-08-13 )
The Management Board of United Internet AG today announced the Group's results according to IFRS for the first half of 2009.

The Group once again succeeded in raising all its key operating figures in comparison with the prior-year period. Consolidated sales of United Internet AG grew by 3.7% over the previous year, from EUR 814.4 million to EUR 844.5 million. At EUR 174.2 million (prior year: EUR 171.8 million), earnings before interest, taxes, depreciation and amortization (EBITDA) were up by 1.4% on the previous year, as were earnings before interest and taxes (EBIT) at EUR 148.0 million (prior year: EUR 146.0 million). Due to negative profit contributions of associated companies and higher interest expenses, earnings per share (EPS) amounted to EUR 0.36 (compared with EUR 0.39 in the previous year).

The two business segments of United Internet AG developed differently during the period under review:

Thanks to a business model based mostly on electronic subscriptions, the dominant "Product" segment succeeded in posting further growth - although there was a noticeable decline in the spending of advertising customers in the field of portal marketing.

Including approx. 700,000 freenet DSL contracts, the number of fee-based customer contracts in this segment grew to 9.05 million as of June 30, 2009. The migration of freenet customers is expected to be fully completed during the course of the year.

Whereas the Product business proved to be resistant to the economic crisis, the "Online Marketing" segment (consisting of the business fields Display, Affiliate and Domain Marketing) was badly affected by the crisis and slump in advertising, as well as by the resulting pressure on margins, and showed a strong decline in comparison with prior-year figures still largely unaffected by these factors.

With the sale of the Display Marketing business in the third quarter of 2009, this segment is to be deconsolidated retroactively in accordance with IFRS 5.

The Management Board of United Internet AG has raised its forecasts for 2009 and now expects sales to grow by around 5% over the comparable prior-year figure of EUR 1.57 billion. A similar year-on-year increase of around 5% is also expected for EBITDA and EBIT. The number of customer contracts is expected to grow by around 1.25 million by year-end 2009 to approx. 9.20 million, including approx. 3.42 million DSL contracts (+ 600,000).